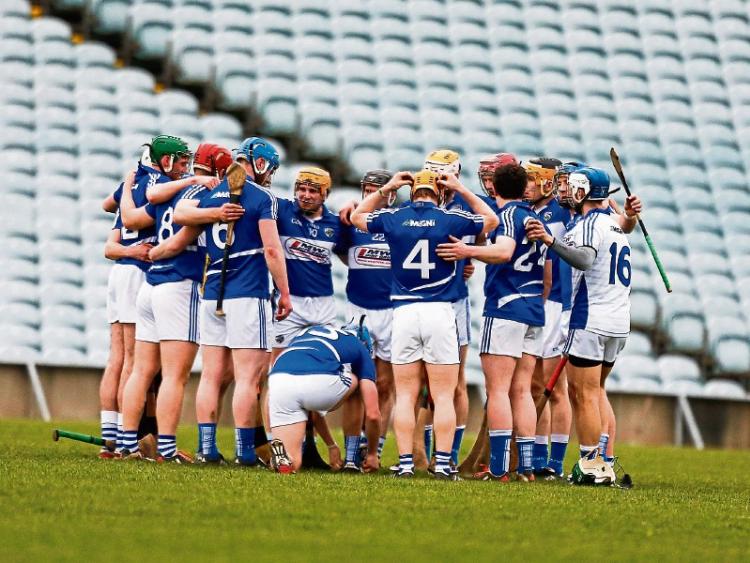 Laois suffered their fourth consecutive defeat in Division 1B of the National Hurling League after a night to forget for Seamus ‘Cheddar’ Plunkett’s side saw them beaten by Limerick on Saturday night.

There were unfortunate similarities between this game and the 2012 qualifier between the two counties at the same venue – another game where Limerick hit Laois for six goals.

To make matters worse, the loss means that a relegation play-off is a near certainty after losses to Kerry, Offaly and Clare earlier in the competition have left the Midlanders on the foot of the table with no points.

While Limerick deserve credit for a job well done (especially as they are still without their Na Piarsaigh players who play in this weeks All-Ireland club final), the goals came from sloppy defending and basic errors that made it impossible for the visitors to get a chance at an upset.

A poor start made an already difficult task nearly impossible for Plunkett’s men.

Just five minutes into the game, a hopeful ball into the square was flicked on by Kevin O’Brien and Barry Nash made no mistake from close range to give Limerick a five point lead after as many minutes. Almost immediately, Paul Browne pointed from distance and Laois were in deep trouble before even getting a foothold in the game.

Laois finally got on the board courtesy of a PJ Scully free, however within 15 seconds, Limerick scored at the other end. When Charles Dwyer pointed mid-way through the first half, Limerick’s lead was reduced to six points, 1-6 to 0-3.

It could have been worse for Laois had it not been for a superb save by Eoin Reilly, who denied Barry Nash a second goal from close range. The rest of the half was all Limerick, who went on a 2-8 to 0-1 scoring run between the 19th and 34th minutes.

On 27 minutes Limerick hit the net for a second time. Once again Barry Nash supplied the finish, after waltzing past the Laois defence to make it 2-13 to 0-4 and a big beating was on the cards.

Nash added an assist to his two goals a minute later, drawing two defenders out before laying off to John Fitzgibbon who made no mistake.

PJ Scully hit two frees late in the half, however, the scoreboard made for grim reading at the break as TJ Ryan’s Limerick side led 3-15 to 0-6 at the break.

Cheddar Plunkett made three changes at the break and his side started brightly hitting the first two points of the half. However, it was back to normality as Limerick then hit the next 1-7 without reply – the goal, a rasper from Graeme Mulcahy from a tight angle gave Limerick a 23 point lead with 25 minutes to play.

Further scores from John Fitzgibbon, Kevin O’Brien and Paul Browne kept the scoreboard ticking in what was becoming more and more difficult for the Laois supporters to digest.

Laois were struggling to even get the ball into the forwards and when they got the ball they were far from economical with possession – hitting 10 wides throughout the 70 minutes.

Charles Dywer finally ended a 17 minute scoring drought with this third point from play – a rare positive for the Midlanders in this one-sided affair.

Limerick got a fifth goal in the 60th minute through Pat Ryan and it all too easy for the Shannonsiders who started with six of the All-Ireland under-21 winning team of last year.

Laois got a goal of their own three minutes later, PJ Scully latched onto the rebound after a fine Barry Hennessey save wasn’t dealt with by the Limerick defence. Scully kept fighting until the bitter end, scoring 1-5 in total.

A late Michael Ryan goal for Limerick added insult to injury as it is back to the drawing board for Laois ahead of this weekends clash with Wexford.