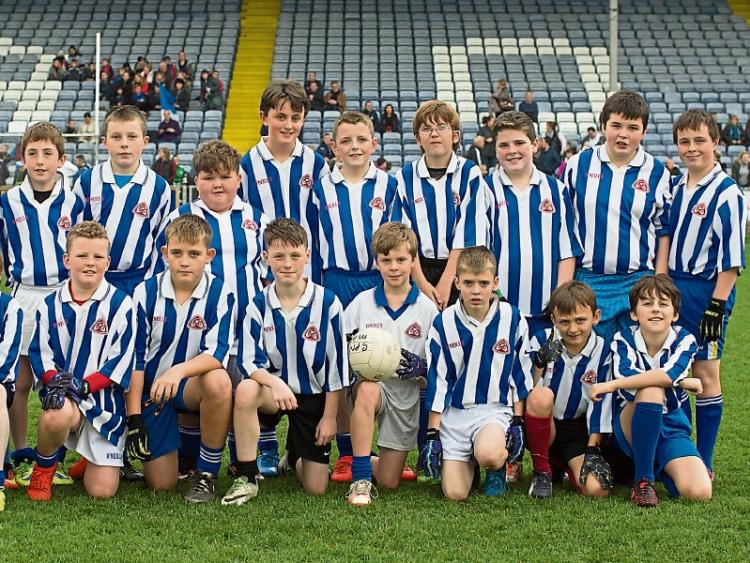 While Mountmellick dominated on the scoreboard, in truth there was little to chose between the teams, with both teams packed with plenty of talent.

Mountmellick had gotten off to a great start and this played a big part in their success on the day. The trio of Charlie Horan, Mikie Harrison and Cian Rafter all found the back of the net to get their side up and running.

David Donohue lead the response from Stradbally, as he slotted over two frees to open their account. The first half was all Mountmellick however, and Horan and Harrison got their second goals to see them lead 5-1 to 0-2 at half time.

Donohue got his third point for Stradbally when played resumed, but Sean Gorman added Mountmellick's sixth goal soon after.

Stradbally weren't going to let the game slip away from them that easy though, and Ross Molloy and Donohue got a goal each for them, either side of Mikie Harrison completing his hat-track for Mountmellick.