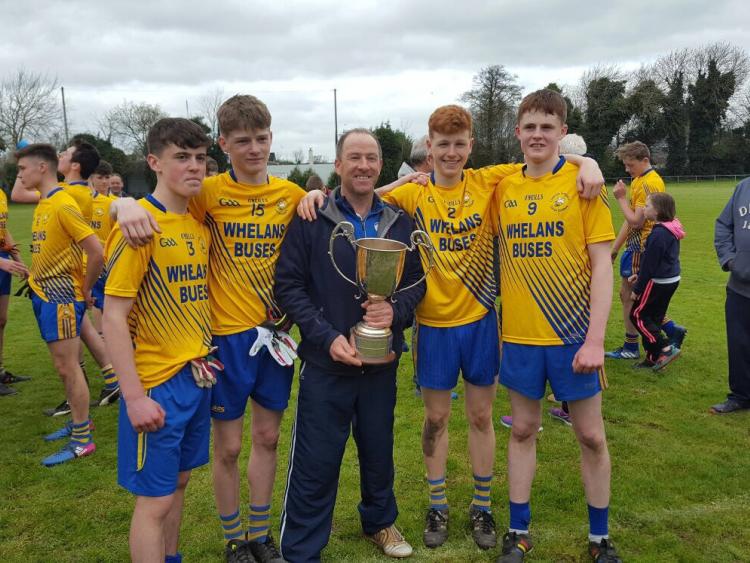 Colaiste Íosagáin claimed the Leinster PP Schools JFC 'B' title recently, thanks to a nine point win over St MacDara's CC from Dublin.

St MacDara's raced out of the blocks, hitting 1-1 before Colaiste Íosagáin had a chance to settle into the game. Luckily for Colaiste Íosagáin that would not set the tone for the rest of the game, as a ruthless turnaround from the Laois school saw them lead by nine points at half time.

With Caoimhghin Murphy and Mark Barry in superb form, hitting ten points between them, Colaiste Íosagáin kept themselves well ahead throughout the second half, stretching the lead out to 12 at one stage.

St MacDara's did manage a late goal, but it only made cosmetic difference to the scoreboard, as Colaiste Íosagáin claimed a well-deserved win.