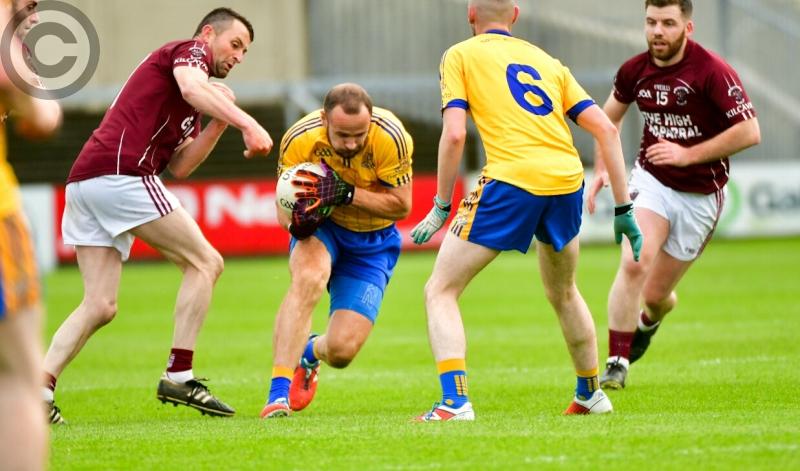 St Joseph's are the Laois JFC champions for 2017, after they proved far too strong for Kilcavan in O'Moore Park on Saturday night.

Spurred on by the dual scoring threat of Tommy Knowles and Tom Kelly, St Joseph's just had too much firepower for Kilcavan. Having brushed aside all challengers so far in the competition, the final result here was no real suprise, with the St Joseph's having won every game in the JFC this year by ten points for more.

The game was a bit of a slow burner, with scores hard to come by in the opening stages. It wasn't until the seventh minute that the deadlock was broken, as Kilcavan midfielder Barry Mangan fired over from close range.

Within a minute St Joseph's had responded, as corner-forward Tommy Knowles found the target from 35 yards, as both teams finally started to click into gear. Niall Brennan then slotted over a free to put St Joseph's ahead, but another ten minutes would pass before another score was registered.

It went to St Joseph's, as Mikie Dempsey was on hand to score their first goal. Conor Kealy's ball into the danger area from the right wing was dropping just outside the small square, and Dempsey rose highest to flick the ball past Derek O'Connell. Tommy Knowles added a free soon after, and St Joseph's were now five ahead and looking very comfortable.

Things got even better for them a minute later, as they got their second goal, albeit in fortuitous circumstances. Tom Kelly won possession 30 yards out to the left of the Kilcavan goal, and his left-footed shot for a point dipped under the crossbar, leaving Derek O'Connell with no chance.

Kilcavan needed to find some kind of a response before half time, and wing-forward Ronan Gorry helped to spur his team back to life. His penetrating run brought him all the way into the St Joseph's penalty area, where he was hauled down and awarded a spot kick. Jason Maher stepped up to take it, and showed commendable calm to slot the ball into the bottom corner.

That was Kilcavan's first score in 20 minutes, and there would be now more scores registered by either team before the break, leaving St Joseph's 2-3 to 1-1 ahead at the interval.

St Joseph's jumped out to a fast start in the second half, Tommy Knowles firing over a point with a little under two minutes played. Knowles was on target again moments later, when his shot for a goal was tipped over the bar by Derek O'Connell.

Undeterred, Kilcavan responded with two points of their own, the first an excellent effort from the right wing by Evan Hunt. Gordon Lalor then tapped over a 21 yard free, and five points separated the teams once again.

From that point on, however, St Joseph's just seemed to collectively move into another gear. Tommy Knowles pointed a free in the 39th minute and that sparked their best spell of the game, with Niall Brennan adding another point moments later.

Tom Kelly then made it three in a row, before they got two more points from the most unlikely of sources, corner back Mark George. Another from Knowles, his sixth of the game, had St Joseph's eleven points to the good as the game headed into the last ten minutes.

Kilcavan needed a miracle now, but there was now sign of one coming, as St Joseph's added a few more points late on to see themselves safely home in the end.