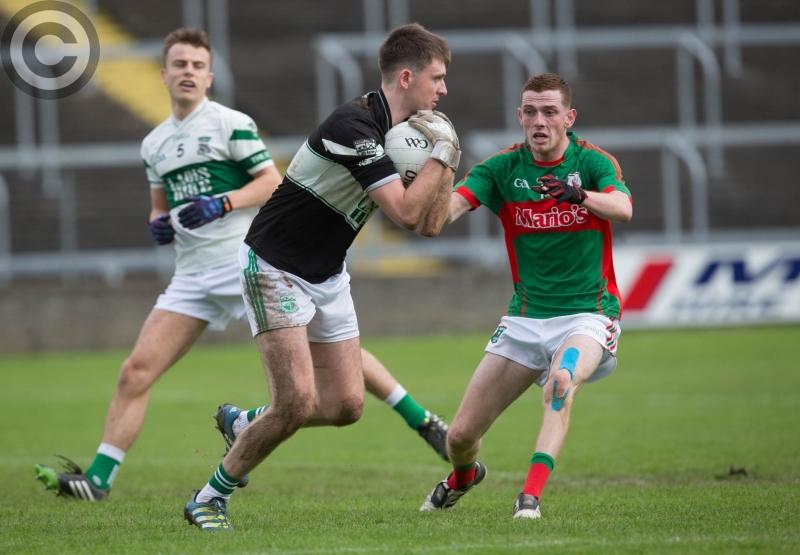 Portlaoise are through to another Laois SFC final, after they proved too strong for Graiguecullen in O'Moore Park.

Leading by ten points at half time, they had to weather a Graiguecullen revival after the break, but they eventually took whatever Graigue could throw at the, before comfortably seeing themselves to a seven point victory.

The game was a bit of slow burner, with the first score not coming until the fourth minute through the left boot of Gareth Dillon. Another four minutes would pass before we had another score, and again it went to Portlaoise as Paul Cahillane hit the target from the right wing.

Graiguecullen were defending reasonably well but struggling to make any inroads in attack, and Conor Boyle struck for Portlaoise's third point to see them lead by three midway through the half.

Ian Fleming finally opened the Graiguecullen account in the 17th minute from a 14 yard free, after Mark Timmons was fouled, but Portlaoise struck back moments later. Kieran Lillis jinked his way into space 30 yards out, and his left-footed shot split the posts.

Graiguecullen needed to make some inroads into the Portlaoise defence, but they were standing firm against whatever they threw at them, and then hit back even harder. It was two members of that defence which created and finished the next score, as Brian Mulligan put Conor Dunphy through on goal, and his composed finish left Ger Kieran with no chance.

Scott Lawless added a point moments later, and Portlaoise were now pulling well clear and showing no signs of being caught. Paul Cahillane then slotted over a free from 40 yards out after goalkeeper Graham Brody had followed an attack up field before being fouled.

Ross Hennessy finally got a second point for Graiguecullen, from another close range free, but Portlaoise finished the half strongly. All three members of their full-forward line score before the break, as Paul Cahillane, Brian McCormack, and wonderful free from Scott Lawless saw them lead 1-9 to 0-2 at the interval.

With a ten point lead at half time, Portlaoise looked like they were going to cruise all the way to the final whistle, but Graiguecullen had other plans. After a lengthy spell in the dressing room at the break, they emerged with renewed vigour, but had Ger Kieran to thank for a wonderful point-blank save from Ciaran McEvoy in the first minute.

Danny O'Reilly then kickstarted their challenge with a brilliant point from the right wing, and that lifted both the crowd and his team. Ian Fleming then nailed a long range free and Luke Alsybury scored an amazing point from out near the sideline to help build the momentum.

A minute later Aaron Forbes made room for himself before pointing from 30 yards out, and then Ambrose Doran made it five in a row soon after, as the gap had now been reduced to five points with 15 minutes to go.

Portlaoise finally got their first score of the half in the 48th minute, when Paul Cahillane pointed a free, but Ross Hennessy soon equaled that at the other end for Graigue. Another Cahillane free was then followed by a break in play, as James Bolton picked up a nasty injury, and when play resumed Conor Boyle sent over his second point of the game to put seven between them.

That's the way it stayed too, as Graiguecullen couldn't muster a late salvage mission, as Portlaoise booked their place in an eleventh county final in a row.