GAA - O'Neill, Allen and Mortimer confirm they will run for Laois GAA Chairman this year 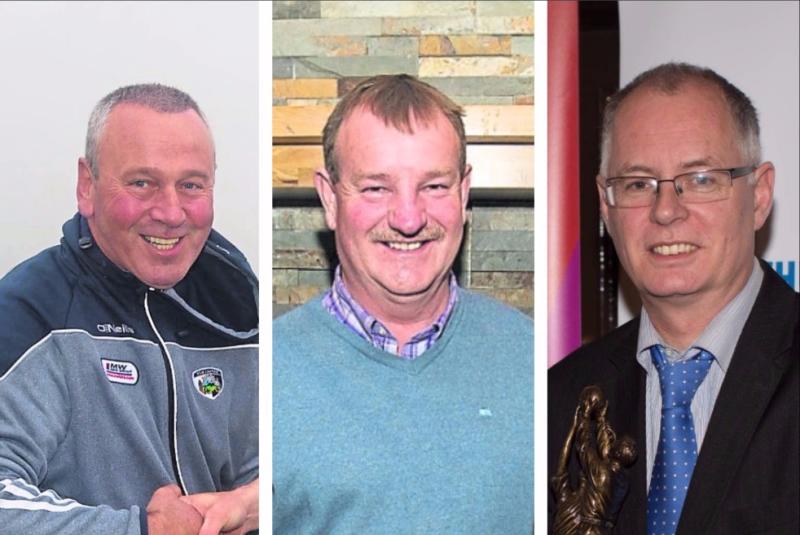 The race to be the next chairman of Laois GAA has begun in earnest, as three candidates have confirmed their intention to run for the position later this year.

Peter O'Neill (Portlaoise), Sean Mortimer (Camross) and Brian Allen (Trumera) have all declared their interest in replacing Gerry Kavanagh when his five-year term comes to a close this December.

O'Neill was Vice-Chairman for four years, and is currently the Football Liaison Officer as well as Secretary of Portlaoise GAA club.

He has also been involved in organising national Féile's in both football and hurling, and has held a number of other jobs within Laois GAA, ranging from Juvenile Chairman to Coaching and Games officer.

One of his first jobs will be to claw back some of the votes he lost to Sean Mortimer last year, when the Camross man beat him to the position of Vice Chairman.

Mortimer has also signaled his intention to contest election for chairman, where he will once again hope to spring a surprise, as he did at Convention last year.

Mortimer is the current Hurling Board Chairman, as well as Vice Chairman of the County Board, and has previously been Chairman of Camross.

Brian Allen is the third candidate to declare, as he looks for a second term as Laois GAA Chairman. He succeeded Dick Miller as Chairman, and was in the role from 2008 to 2012. He is the current Central Council Delegate, as well as Chairperson of the Juvenile Executive.

It is not just candidates for Chairman who are declare either, as Tom Clear from Clough-Ballacolla has also stated his intention to run for Vice Chairman.

Clear is currently the PRO for Laois GAA, and previously has worked as Chairman, Secretary, Treasurer and PRO of Clough-Ballacolla, as well as Chairman of their juvenile club.

He has been PRO of Laois GAA for the last three years. Laois GAA Convention will take place on December 4th of this year.