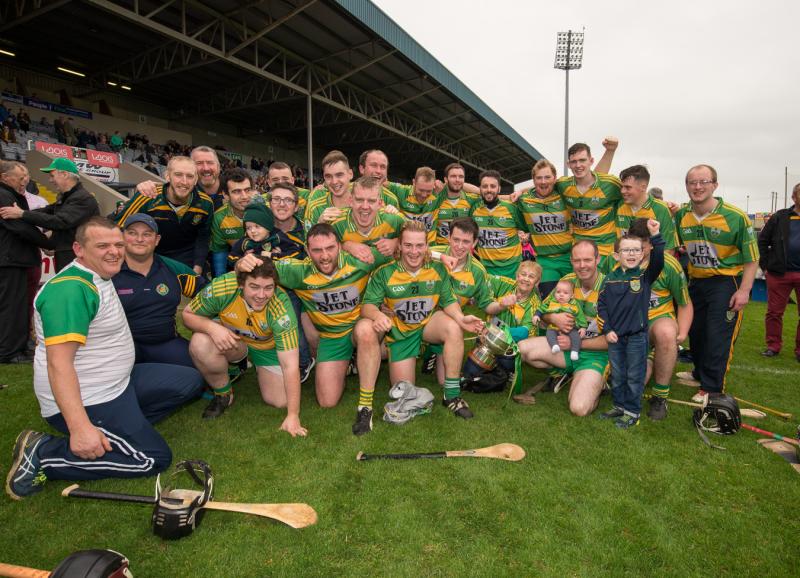 Although Rathdowney-Errill were arguably the slicker and better side for large portions of the Laois JHC final it was not them, but Ballypickas, who walked out with the trophy, as a late flurry of scores saw them steal the headlines.

It only took inside a minute for the first score of the game, as corner forward and Laois minor panellist Brandon McGinley stamped his presence on the game with a point from play. Ballypickas hit back with two quick-fire points, talisman MJ Lalor grabbing both.

Ballypickas had a number of opportunities to further extend their lead throughout the half, but hitting a total of eight wides in one half looked like it would be their downfall towards the end.

Rathdowney-Errill hit the leveller through a Paddy Whelan free with a quarter of the game already gone. Rathdowney-Errill would also score their first goal a couple of minutes later, as some clever play from Brandon McGinley allowed Colm Ryan space and time to shoot, and when his shot cannoned off the crossbar, full forward Brian Meehan was there to tap to the net.

Rathdowney-Errill, however, responded well, with points from John Delaney and two from Paddy Whelan frees putting them a goal to the good once again.

Matthew Boggan clawed one back for Ballypickas, and they were soon awarded a massive chance to take a half-time lead into the break when they were awarded a penalty. Lalor stepped up, but Rathdowney-Errill keeper John Paul Ryan got down well to save.

Rathdowney-Errill got their second half off to a flyer, as they scored 1-1 in quick succession to leave Ballypickas with a mountain of work to do. Paddy Whelan pointed the free, before McGinley was left unmarked en-route to goal, and provided a neat finish.

Cillian McEvoy replied with a point for Ballypickas, but Paddy Whelan retained his side’s momentum with a free.

However, Ballypickas were far from finished, and they managed 1-1 in quick succession as well to put themselves back into contention. Lalor pointed a placed ball, before full back Patrick Gorman came up the field to fire a goal into the Town end.

However, Lalor added another to his tally, and Kieran Bowe popped up with another to leave just one between the sides and set up a frantic finish.

Cillian McEvoy hit the equaliser for Ballypickas in the first minute of injury time. It looked like this one would finish level and we’d have to go again, but again McEvoy had different ideas, as he landed the winner and cemented his place in Ballypickas folklore.