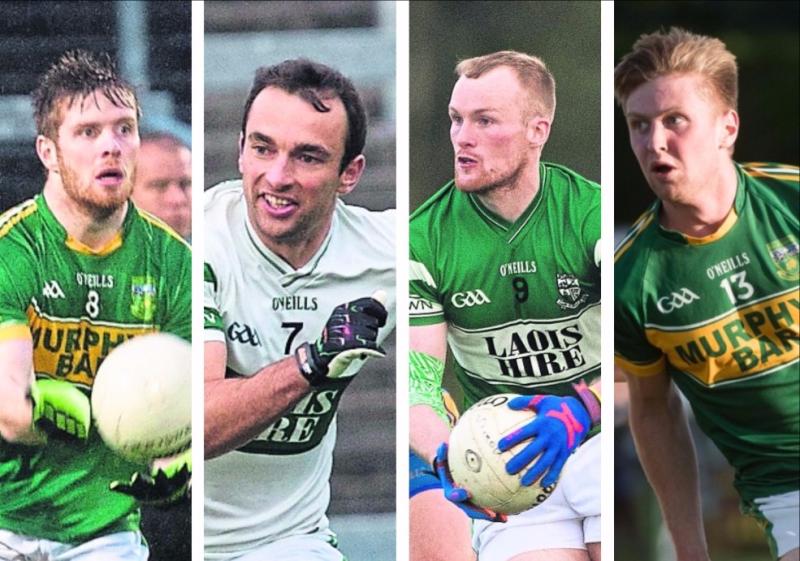 There will be some crucial head-to-head battled on the field this Sunday, and we take a look at three of them here.

It has been an impressive debut season for Portlaoise's young full-back Frank Flanagan, and a lot of faith has been placed in him by Malachy McNulty. He has been repaying it handsomely so far, and another big test awaits him on Sunday.

Gary Walsh, and the form he is in, represents the toughest challenge he has faced to date. Walsh is strong and quick, and if he gets his eye in, is one of those players that can rattle off 1-2 or 1-3 in a matter of minutes. He uses the ball well and creates space for the men around him too. If Walsh gets the better of this tussle, then it gives Ballylinan a major advantage.

Two pacey wing men, who cover a lot of ground and know how to chip in with a score. Farrell is probably having his best ever year at senior level with Ballylinan, and he was outstanding in the quarter-final win over Killeshin.

Gareth Dillon does a similar job for Portlaoise, and his pace allows him to drop deep to pick up the ball, lay it off, and keep up with the attack as it moves forward. He has chipped in with seven points from play so far this year, and if these two end in direct opposition on Sunday, it promises to be a fascinating battle.

Like a good number of this Portlaoise team, McEvoy is enjoying his first real extended run in the side for the championship. He has been performing well so far in an area that has been a problem position for Portlaoise, but Jamie Farrell has been playing even better for Ballylinan.

He is a real scoring threat from midfield, but on top of that, he uses possession really well. Picking the ball up around the half back line, he will get his head up quickly and almost always finds a team mate. His kick passing is good, which helps when you have a full-forward line as lethal as Ballylinan, so defensively, McEvoy has a big job on his hands.