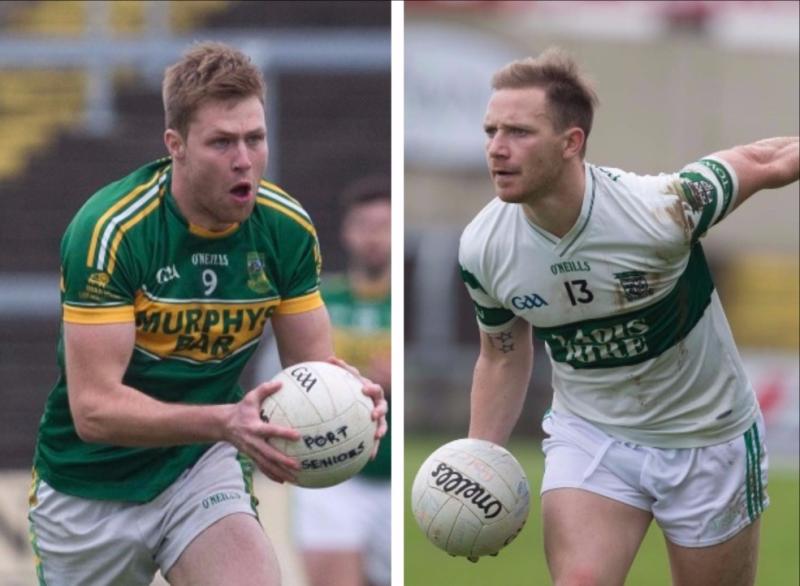 For the just the second time in Laois SFC history, Portlaoise will take on Ballylinan in the showpiece game of the club football season.

It is a veritable David Versus Goliath encounter, as Portlaoise, appearing in their eleventh county final in a row, take on a Ballylinan side appearing in only their second ever decider.

Portlaoise certainly fit the Goliath billing, although if Ballylinan are to be cast as David, it's worth noting they come to the battle with a pretty formidable slingshot, in the form of their attack.

Spearheaded by a free-scoring full-forward line of Gary Walsh, Cathail Dunne and Andy McEvoy, they have brought down all who have stood before them so far. They have been one of the great entertainers of this year's competition, averaging almost three goals a game.

Because of that, they will have earned a lot of admirers this year, and will surely see a lot of the neutral support take their side in the final.

Such a scenario is common fare for Portlaoise, and there is nothing about this week, and the build up to the game, that they haven't dealt with before.

After the loss to Stradbally in last year's final, there has been a different air about them this year. Their play just seems to be a step quicker right across the field, the pain of that last-second goal seemingly bottled and held on to until this year's championship got under way.

Their tackling is that bit harder than it was last year, their movement that bit more precise, and their demeanour that bit more determined.

When you look back, that defeat against Stradbally had probably been germinating for a while, with Emo almost pulling it off the year before. With Stradbally bringing their record-breaking run to an end, it forced them to go back to square one, and they are now playing like a team in search of their first ever title, rather than a tenth in eleven years.

Their progress this year has been all the more remarkable because of the restructuring that Malachy McNulty has had to oversee. For a variety of reasons he has lost the following players over the last year or so - Cahir Healy, Brian Glynn, Craig Rogers, Brian Smyth, Paul Cotter and Stuart Nerney.

David Seale, who was a regular over the last few years, has found it difficult to break back into the side too. Brian Smyth is available again now after missing most of the year, but it is a team which has undergone a massive overhaul.

In the semi-final, five of the starting fifteen would not have been classed as a starting player the year before - Frank Flanagan, David Holland, Ciaran McEvoy, Benny Carroll and Scott Lawless. That's one-third of their team. To see that level of experience leave the side in a short period of time, and see their form actually improve, is an incredible achievement.

The true litmus test now for these newer players is to see how they handle the pressure and fanfare of a county final. What should help them is that they are surrounded by plenty of experience, while Ballylinan, on the other hand, are in uncharted waters for this group.

Their own revival has been nothing short of incredible as well. In 2015, they were in the relegation playoff, beating O'Dempsey's by just two points. Last year, they made it to a quarter-final, where Stradbally beat them by thirteen points.

For a long time, they were one of the 'also-rans' of the Laois SFC, battling away in the bottom half of the competition, trying to survive.

Paul Julian's arrival as manager has seen an upturn in fortunes, and he has assembled a formidable side. They have four scoring-forwards, with the aforementioned trio, along with Cieran Farrell, all capable of hitting the target with ease.
In Jamie Farrell and Padraig McEvoy they have a big, mobile and talented midfield pairing.

Statistics, of course, can be misleading. Portlaoise conceded 1-14 against Arles-Kilcruise and O'Dempsey's in their first two games. Since then, they saw just 1-4 scored against them in the re-match with O'Dempsey's, and 0-8 by Graiguecullen in the semis. Graiguecullen failed to score from play in the first half.

One of the great mistakes that teams so often make against Portlaoise is to abandon what has been working well for them, and adopt a new tactical game plan to try combat the most successful team in the county.

More often than not, teams playing against Portlaoise seem to think they have to drop back at least two extra defenders and play a much more physical game to be competitive. It has yet to work, but teams keep trying it regardless.

It is a trap Ballylinan cannot afford to fall into. Their strength is playing on the front foot, attacking teams and playing with a high tempo. It's a high-risk tactic to use against Portlaoise, but the defensive route hasn't worked all that well for anyone either, so they might as well stick to what they are good at.

In terms of attack and midfield, there isn't a whole lot to chose between the teams. It is in defence where the biggest gap appears to lie, especially if Kevin Byrne is absent for Ballylinan. If he misses out, Robbie Donoher may start, and his impact from the subs bench has been massive for them in recent games, so they would lose that. Byrne has been excellent this year too, so would be a huge loss as well.

Portlaoise have defended very well in their last two games, and conceding 3-8 in the semi-final would leave you worried for Ballylinan. Portlaoise's movement always causes teams trouble, and even their corner-backs can end up in advanced positions, so they are a hard team to contain.

Added to that is Graham Brody, who gives them an attacking option no other team in the county, or possibly the country, can boast. He was directly responsible for a Portlaoise point in the semi-final, winning a free 35 yards out which Paul Cahillane pointed, after racing up field with the attack. His free-wheeling approach gives their attack an extra dimension which can be difficult to combat.

This descending into a shoot out would probably suit Ballylinan, but with Kieran Lillis marshalling this Porlaoise defence, they will be toughest side Ballylinan have faced so far.

Plus, Ballylinan have to contend with the day itself, the build up, the chatter around the village in the days before it, the nerves, the parade, the crowd, all of these are new to them, and it's impossible to know how each of their players will react.

Portlaoise hold a lot of the aces here, and it is no surprise that we are tipping them to emerge victorious this weekend. It shouldn't be one-sided, and it certainly shouldn't be dull, but the most successful side in Laois club football look like adding another county title to their collection.