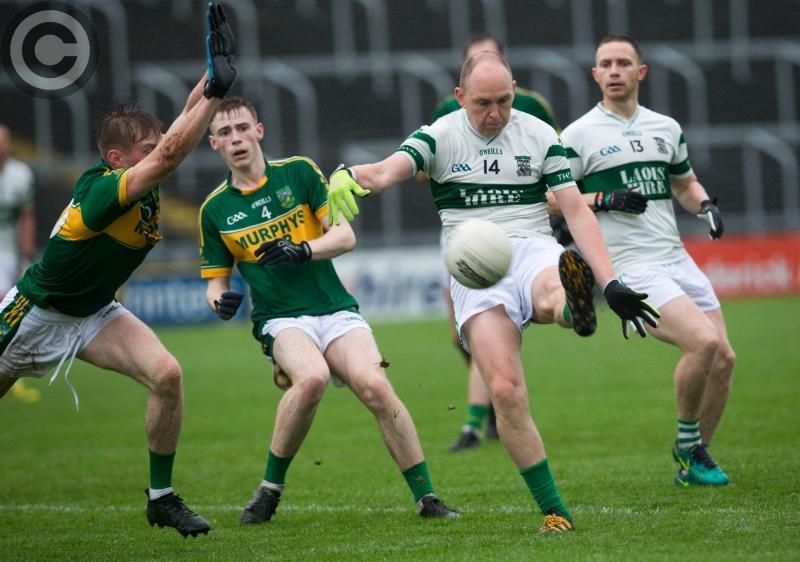 Another year, and another medal for Portlaoise stalwart Brian McCormack.

This was his 13th Laois SFC medal, a remarkable achievement for the 36 year old, as he continues to set the standard on this Portlaoise team.

He was as influential as ever here, scoring a brilliant point in the first half, and producing an outstanding pass to set up Paul Cahillane for Portlaoise's second goal.

With just about every major club honour in his trophy cabinet, there is no one that would begrudge 'Bruno' his retirement, but he has no plans to step away just yet, as he revealed after Sunday's final when he was asked what keeps him coming back year after year.

“Just the enjoyment, it's great craic going training with the boys, they are great team mates, and I have Fitzy (Kevin Fitzpatrick) and Mickey (Michael Nolan) still there as well, and as long as I have them still there, I'm going to stay going anyway.”

In his time with the senior squad, he has had an awful lot of team mates, and the current crop have impressed him every bit as much as those who have gone before them. “They're very good, you're not guaranteed your place on this team any more, we've got 25 or 26 on the panel.

“Our intermediates were very unlucky this year and they are building up the squad as well, Mal used some of them there today and it just shows how strong the panel is becoming, and you know you have to train hard every week because you're not guaranteed your place here any more.”

He also reserved special praise for two of the young guns for their performance in Sunday's final. “I thought Finner (Chris Finn) and Dutchie (David Holland) were unbelievable today.

“The speed and pace they used coming up the field, they broke lines for us, and they made overlaps for the forward line and made it easier for us to get scores near the end.”

It's off to the Leinster SFC now, and date with Rhode, who like Portlaoise are almost perennial champions in Offaly, so they are a team McCormack knows well from over the years. “Yeah it's a big challenge, we have to go to Tullamore and we've had some ding-dong battles with them, we've got over the line a couple times and they've beaten us a couple of times over there so it's going to be a really tough test for us over there in two weeks time.”