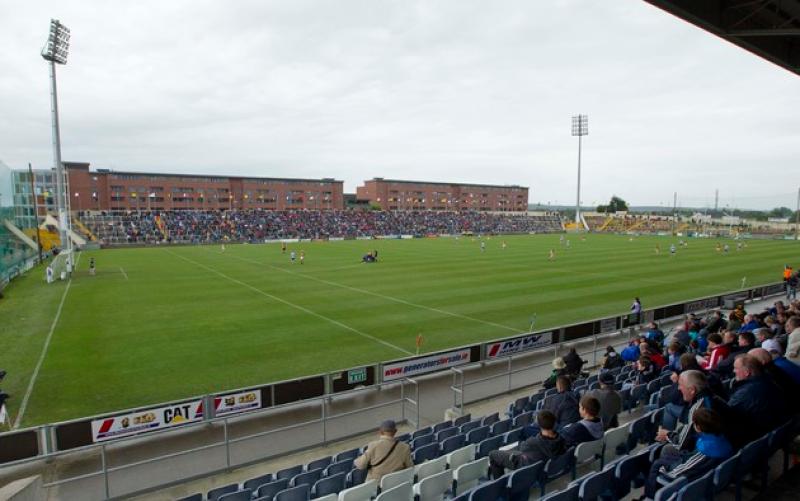 One topic of discussion from the weekend, eloquently raised by Ballylinan veteran John Kealy in Sunday's match programme, was the issue of playing all senior championship games in O'Moore Park.

There appears to be some appetite for early round games in both the SFC and SHC to be taken out of the county grounds and played at smaller, more intimate club grounds around the county. The idea sounds great, but there are good and bad points to consider before such an idea could be acted on.

Here, we take a look at some of them.

The one aspect of games in O'Moore Park which is often criticised is the lack of atmosphere the venue generates for club matches.

Having a few hundred supporters spread around a stadium designed to cater for over 20,000 people is not ideal. The noise is spread around, the closeness of the crowd to the players is all but lost, and games can be played in near silence as a result.

Contrast that to somewhere like Timahoe, Rathdowney or Ratheniska, where banks on either side of the pitch have the crowd right up against the action. It also means the crowd surrounds the pitch, unlike in O'Moore Park, so the noise comes from all directions and should, in theory, make the game more exciting or engaging.

There is no doubt that O'Moore Park is a fine venue, but with three sections of the ground empty, even on county final day, it is too often a rather uninspiring place.

Promotion of the Game

It's probably fair to say GAA in Laois is not at an all-time high right now. Attendances for county teams is way down, and there is a disconnect between clubs and both the county teams, and the county board.

By bringing games to club venues around the county, it offers more chances to engage in a direct manner with GAA people around the county. The elite competitions in Laois are our biggest selling point for club competition, and having them more readily accessible to people by holding them within their own communities gives football and hurling a greater boost.

At the moment, the fear is that by having all games in O'Moore Park, a disconnect is created whereby people don't equate their own communities with senior club competitions, as people feel they are something which happens somewhere else, rather than in their locality.

A lot of clubs around the county have done tremendous work in renovating and developing their facilities. There really are some tremendous club grounds at the county's disposal.

For the most part, however, their only exposure is when they host their own league games, or the occasional championship match in one of the lower grades. By sending games out to the clubs, it is a recognition of the superb work the clubs have done, and a show of trust by the County Board in the club's ability to deal with events like these. This can only strengthen ties between clubs and the county board.

On top of this, the influx of a few hundred or more people to somewhere like Stradbally, Rathdowney, Mountrath or Crettyard can have a big boost to the local economy. Shops, cafés, pubs, petrol stations etc all stand to pick up more business.

Now, you can say it's not Laois GAA's job to boost the local economy of any town or village, but the local clubs usually lean heavily on businesses like this when it comes to jersey sponsorship or other fundraising. Hosting a big club game in the area is a justification for them doing this, and continuing to do it.

We snorted at this term when the Leinster Council moved the Laois v Dublin game to Nowlan Park, but it is a factor here, and one of the reasons Laois GAA give for holding games in O'Moore Park.

By having all games in headquarters, all those who attend are guaranteed a seat, and those in wheelchairs have a vantage point which offers an unobstructed view. Few, if any, other grounds in Laois can offer the same.

There is ample parking within the vicinity too, and there are enough access roads around the grounds to make it fairly easy for everyone to get in and out of the area in decent time. There is a lot to be said for that.

There is also the issue of stewarding, which can be controlled in O'Moore Park, but in club grounds, if emotions run high and players or supporters lose the run of themselves, there may not be enough stewards on hand to deal with whatever arises.

There is an obvious financial benefit to having games in O'Moore Park, because with the turnstile and ticketing system, they can keep a closer eye on the amount of people attending the games and make sure all money is accounted for.

The club championships are a big earner for Laois GAA, and in 2016 gate receipts for club games was just over €199,000. With the Training Centre being built and countless other expenses to cover, Laois GAA has to maximise its income opportunities, and we can't blame them for that.

With games held in club grounds, it is likely that figure will drop, and not for any nefarious reasons we would like to point out. A car load of spectators won't always be charged individually, and if you know the lad on the gate, or you're a local to the area, you've a better chance of paying less, or getting in for nothing if you're lucky.

That's all part and parcel of the way things run in Ireland, and we're not criticising the practice, but the potential for a drop in income on gate receipts is very real, and that would have an impact.

Granted, at this stage most players have played there multiple times anyway, but the ground staff in O'Moore Park do an excellent job, and the pitch is invariably in excellent condition. This makes a big difference for players, especially in hurling, so it can be taken as a sign of respect from the County Board to have all games in O'Moore Park.

So, where does this leave us all? From a professional point of view, O'Moore Park is the ideal location for a journalist.

There is a press box where you can set up your laptop, type your report as the game progresses and get it online as soon as possible afterwards. You're sheltered as well, and can work in relative comfort.

In spite of that, there is a romanticism about bringing games around the county which is hard to ignore. The idea of Portlaoise and The Heath meeting in Ratheniska or Timahoe, Graiguecullen taking on Ballylinan in Crettyard, or Clough-Ballacolla clashing with Borris-Kilcotton in Rathdowney does have a clear appeal.

It won't suit to have all games in club grounds, and venues would have to offer some kind of guarantee over stewarding numbers and condition of their pitches before they are given games, or allowed to continue holding them.

The great selling point for moving the games is based around the idea of building a better atmosphere, and it is difficult to build an argument on something as intangible as an 'atmosphere'.

A one-sided game will be dull no matter where it is played, but the positive reaction of spectators to the SFC clash between Ballylinan and Mountmellick Gaels in Ratheniska earlier this year, shows there is at least an element of wistful nostalgia among the GAA public to bring the senior club championships back to the club grounds of Laois, as was the practice in the past.

We have put forward the pros and cons of the argument above, and when all of those are factored in, we still can't drag ourselves away from the idea of moving some games out of O'Moore Park. It has been our stance for some time now, and we're sticking with it. If it turns out that the practice doesn't work, then it is easily rectifiable by moving games back to O'Moore Park the following year.

As we have said, it will not suit in all cases, but on a trial basis at least, it would be nice to see the early rounds of our senior championships take on a more nomadic existence in the future.

-- Let us know your thoughts on our Facebook page HERE --