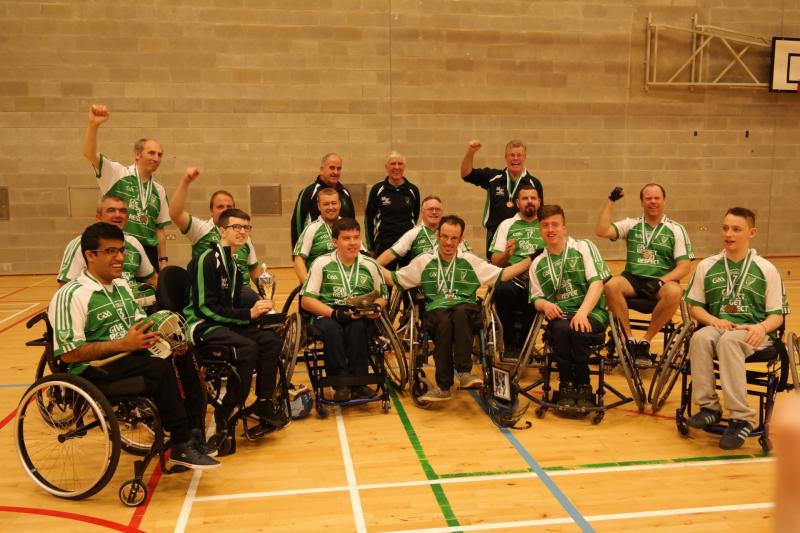 After a clean sweep in the League winning the league unbeaten Leinster where looking to finish the year off in style with a League and Championship Double.

The championship finals was hosted by the superb surroundings of IT Sligo with special guests such as Joanne O'Riordan who spoke at the interval to all present. Leinster's first game was against their main rivals for championship Ulster.

The Leinster team started well with solid defending from both sides with both sets of defence's keeping early shots at bay. John Scott doing well keeping out shots from Conor McCrotty and Peter Lewis.

It wasn't long for the scores to start flying in with Lorcan Madden hitting TWO quick fire goals showing how he has been the man to stop all year. Another followed with Gary O'Reilly getting on the score board with a fine assist from Tom Carey.

Leinster started to turn the screw with another score from the Portlaoise man O'Reilly hitting the back of the Ulster net again with an assist from Leinsters Sean Bennetts clearance.

However Peter Lewis and Conor McCrotty for Ulster started to show why Ulster have been Leinster's challengers all year by hitting three quick goals within two minutes.

Lorcan Madden finished off the scoring with another goal to finish off with the first win of the day.

Connacht was next up for Leinster and it was all one way traffic with a strong performance by Leinster and Tom Carey getting off the mark with two great goals by the Naas man. Lorcan Madden again added to his tally with three more goals and Leinster finishing five goals to one winners.

Leinster finished off the final games another win beating Munster 5-2 with stout defending by John Scott, Paul Tobin and substitutes Jonathan Ellis and Will O'Mara replacing Sean Bennett in goal.

Loui Cleary hit the back of the net with two blistering shots, edging Leinster over the line after Maurice Noonan hit two goals for Munster. This meant that Leinster now played Ulster in the All-Ireland final in a winner-take-all match.

With everything on the line and Leinster's unbeaten record also in jeopardy, Leinster had a lot to lose. Ulster were after finishing second to Leinster in the league and losing the championship final last year also to Leinster, so the tension was obvious for all to see.

It was in the third period that Leinster eventually broke the Ulster defense with a great finish by Tom Carey after an assist by Lorcan Madden and superb defending by Paul Tobin clearing the initial ball. That goal opened the flood gates with 2 more goals by the in-form Gary O'Reilly.