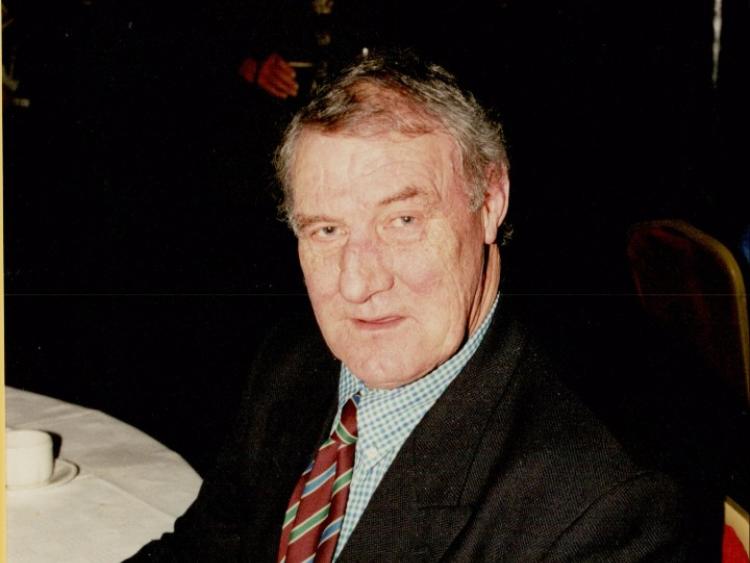 With the passing of Matt McDonald recently, after a long illness bravely borne with courage and dignity, Ballyroan Abbey lost one of its greatest followers, affectionately known as ‘Sett’.

At the time of his death he was President of the club, a role that he deemed a privilege to honour. He was a trustee of the GAA field when it was purchased and developed.

When these developments were taking place over the many years, Matt was always easy to collaborate with, because he had a very positive attitude to all things going forward in the Club. He was a man to embrace every change that was for the good of the club.

Throughout his life Matt was actively involved in the club as a player and administrator. His passions in life were football, and the Ballyroan Abbey Club. Matt’s initial introduction to football in the club was when the club was going through a lean period. It had been defunct for a few years and a few people, Matt included, were anxious to revive it, even though he was only a minor at the time.

He started playing as an 18 year old in 1960 and played Minor, Junior, Intermediate and Senior until he retired in 1977, a career which spanned 17 years, during which he annexed junior and Intermediate honours in 1963 (Junior) and 1966 (Intermediate).

His next role in the club was as Chairman and he played a significant part in the club in a period when they contested three county finals, although they suffered defeat in all three of them.

Matt was a quiet, unassuming man that wore his heart on his sleeve when it came to loyalty to Ballyroan Abbey, and was rewarded for his loyalty last year when the club elected him as Club President. At the time, his heath was failing and he regarded it as a great honour. He left a great legacy to the club and will be sadly missed.