GAA FEATURE - Could these ten footballers make a difference to the Laois Senior Football panel in 2018? 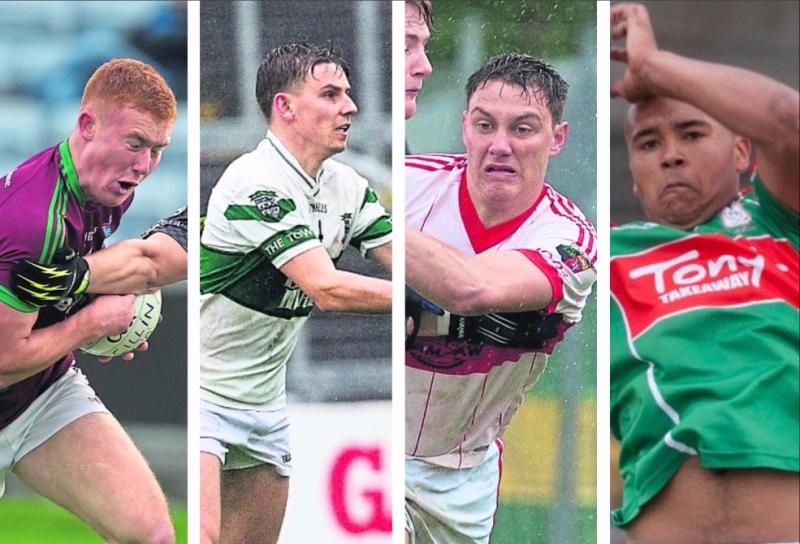 With the club football championships now all but over, barring the U-21 and provincial competitions, the focus will inevitably turn to the county team over the winter, ahead of their return to action in January.

New manager John Sugrue will be piecing together his first panel, and it will be a difficult job to even do that, given the ageing nature of the squad he inherited.

Laois have not enjoyed too much success at underage level over the last decade or so, but there are still talented footballers out there.

Here, we have gone for footballers who impressed in the club championships this year, and who have either not been involved with the Laois senior panel before, or at least not in the last year. There are a number of number of players unlucky not to get the nod here. Paul Cahillane is not included as he will probably to return to soccer with Portlaoise AFC over the winter, while Ciaran McEvoy will likely be on the Laois hurling panel.

There are any number of factors which will determine whether these players listed below are involved, principally whether the management team deem them good enough, and whether the players themselves have the time and interest to commit to the demands of intercounty football.

With that in mind, here is a few players we think could strengthen the intercounty ranks. Not necessarily in terms of making the starting team right away, but that could challenge for a place, develop over the coming years, or increase the competition in the squad.

A superb 2017 championship from the Portarlington youngster, and he would surely have something to offer the county senior side in 2018. He scored 5-18 in his five championship games, and that included a quarter-final clash with Arles-Killeen where he was carrying an injury.

He has developed a lot physically in the last year or two as well, and has proven to be a prodigious scorer at senior club level in the county.

His performance in the county final was very impressive, but in truth he has been impressive all year. Like a lot of young players coming through in Portlaoise, he has had to go through a kind of 'apprenticeship', building up his exposure to the senior side, to reach the current position where he is a regular starter.

He's quick, reads the game well, knows when to attack and thanks to an excellent juvenile atheltic career, he could run all day if you needed him to. With defenders at a premium in Laois, he has huge potential.

In much the same mould as Finn, he has been with the Portlaoise senior squad for a while before really nailing down his place on the team this year. And what a year it was too, as he showed a lot of maturity in his performances. He is quick, a tight marker and like Finn, he can get forward whenever the chance arises.

His colleague in the Portlaoise full-back line, Frank Flanagan, is another with a lot of potential, but we'll go with Holland for this year.

Another pacy, tight-marking defender on the list, Byrne enjoyed a very successful year at corner-back for Ballylinan. As has been noted already, he was overlooked for the Laois minor panel in 2017, but in some ways that was a blessing.

As a result, he got to play 15 senior league games and all of Ballylinan's championship run too, and has flourished as a result. Had a tough time of it in the final, but he's still in secondary school, so has plenty of time to improve in the years ahead.

An excellent year from the Ballylinan corner-forward, he finished with 2-9 from play and caused defences problems throughout the championship. Quick, with an accurate left foot, there is a lot to like about McEvoy, and at 20, there is still plenty of time for him to develop as a footballer.

It's fair to say St Joseph's didn't build on the promise they showed in the league this year, but Brendan Hickey still managed to impress in a team playing below its best.

Lining out at full-forward, he scored a goal in every championship game he played in this year, finishing with a total of 4-5 from four games. What team wouldn't be boosted by having a goal poacher in the squad? Still in his mid-twenties too.

READ ALSO - All the scoring stats for this year's Laois SFC

The big Graiguecullen full-forward hasn't always been a nailed-on starter for his club, but in terms of potential, the sky is the limit for Forbes. Big, quick, and strong, he has the raw materials to be a handful in the full-forward line, and we'd like to see how he responds to being exposed to playing and training within an intercounty set up.

When he's in form, and in the mood, he can really cause havoc in an opposition full-back line, and we'd like to see him do the same in a Laois jersey.

He has been involved on Laois panels, albeit fleetingly, in the past, but he caught the eye with Emo this year as he rampaged forward from wing-back. They ended up moving him into the forward line in the replayed final, but his ability as an attacking wing-back could see him given a shot at senior intercouny level.

He's still only 22, so has time to develop under a manager. His older brother, Shane, was outstanding a couple of years ago when Emo got to the SFC final, and might be worth another look too.

One thing that Laois football supporters realise is that the senior panel needs an injection of youth, and Whelan seems a likely candidate in that regard, having been one of the county's most impressive minors last year.

He continued to impress for Ballyroan Abbey in the SFC this year too, in spite of their struggles as a team. He scored 1-8 across three games, which is a good return for a minor at that level, and with size and youth on his side, he can only get better from here.

When you look at the Laois senior panel, midfield looks like being a problem position in the short term. Brendan Quigley and Kevin Meaney are over 30, John O'Loughlin isn't far off that and Colm Begley, who has also filled in there in the past, is also coming towards the end of his career.

McEvoy impressed for Ballylinan this year, and both he, and his club midfield partner, Jamie Farrell could have a lot to offer in what looks like being a problem position for the county in the next few years.