GAA - The Harps claim Laois U-16 Shield title over Portlaoise 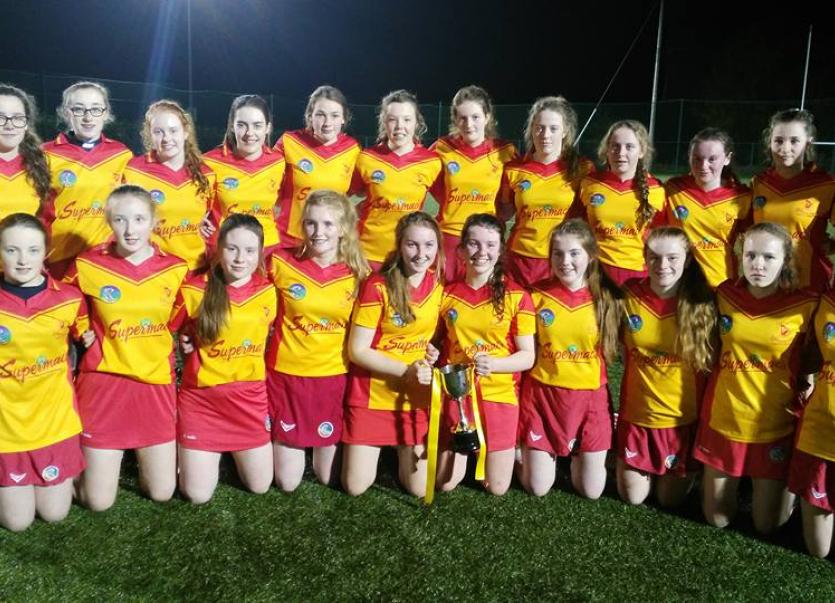 The Harps played Portlaoise in Laois Camogie’s U-16 Shield final under lights in the excellent facilities of Heywood Community School after Storm Brian put a stop to the original fixture.

Conditions were ideal for an evening of camogie between two well match teams. Portlaoise started the game very strongly and put The Harps backs under severe pressure from the first whistle.

Portlaoise keeper Niamh Graham blocked a ball by Bronagh McEvoy, only to puck it out into the hands of Molly O'Connor. She in turn delivered into sister Lucy, who make no mistake in putting it in the back of the net The Harps' first goal.

The Harps added another goal from play, with Alice Walsh collecting a puck out from Sophie McCabe and handing off to Emily Duggan to add their second goal. Duggan added a point to The Harps tally soon after that. 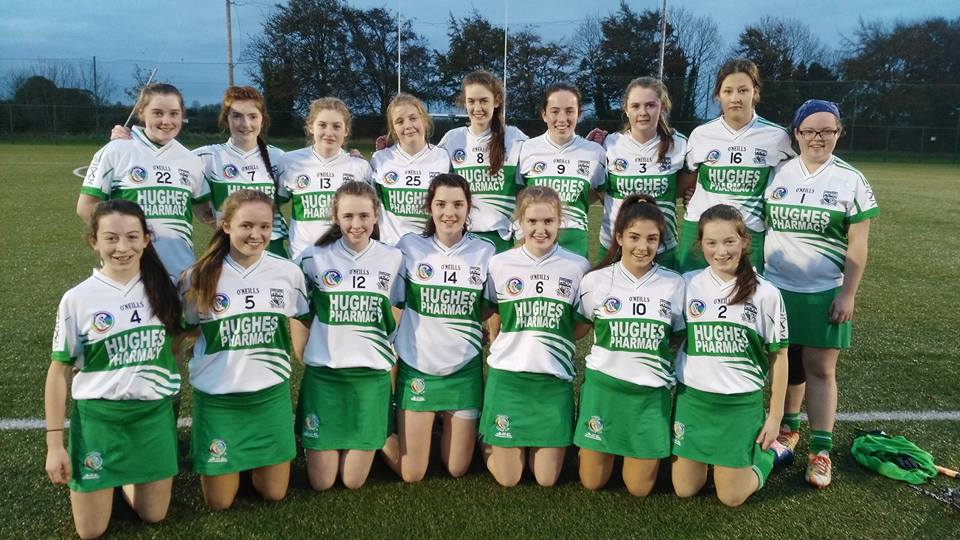 However, the score of the match came in the 12th minute when centre-back Molly O'Connor soloed straight through the Portlaoise defence only to send a rocket of a shot past keeper Niamh Graham. This left The Harps up 3-1 to 0-0, but it was in no way a one-sided affair as Portlaoise continued to test The Harps defence again and again.

Molly O'Connor pulled off a good save on the goal line along with Sophie McCabe stopping another shot just after. Portlaoise were finding it difficult to break down the solid full back line, with Jade Bergin letting very little through.

It wasn’t until the 26th minute that Portlaoise finally got their well-deserved, opening score when Ciara Byrne’s long-range effort sailed over. Another attack by Portlaoise resulted in a wide and signalled the half time whistle, with The Harps leading 3-1 to 0-1.

Two minutes into the second half a strike in from Eimear Fitzpatrick found Lucy O'Connor who beat the keeper once again. However, Portlaoise responded well to this and grasped a goal of their own, coming from Grainne O'Reilly.

Continued hard work paid off for Portlaoise once again as Niamh Crawley added a point to their tally. Portlaoise were gaining momentum and created another goal in the 20th minute, leaving the score 4-1 to 2-2.

Emma Delaney and Alice Walsh continued to work tirelessly in midfield, delivering good supply into The Harps forwards and in the 25th minute Lucy O'Connor struck for goal again to give herself a hatrick. 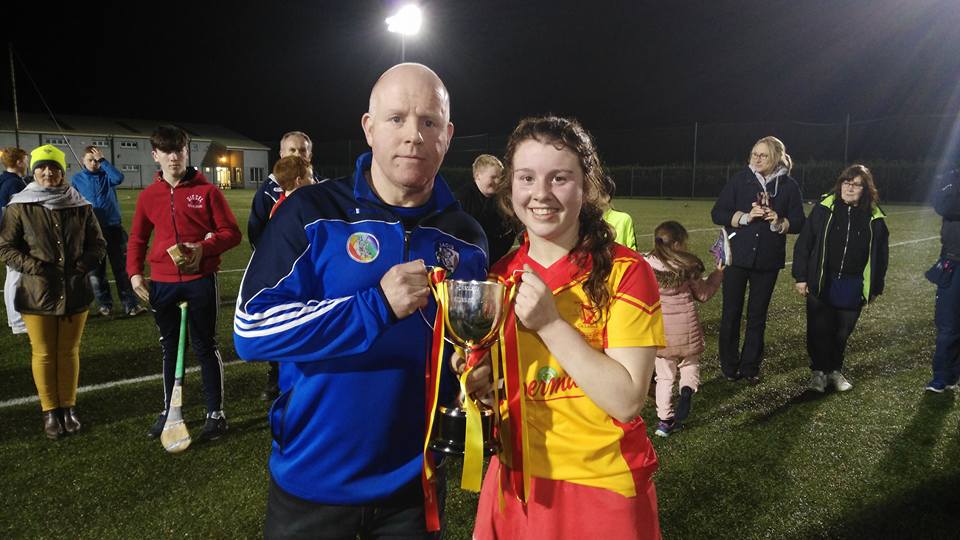 Portlaoise kept working hard and a free in resulted in a final goal for Portlaoise, but there was no time for any more attacks.
The Harps ran out five point winners, and captain Molly O'Connor received the cup from Laois chairperson Barney O'Connor on behalf of her team.