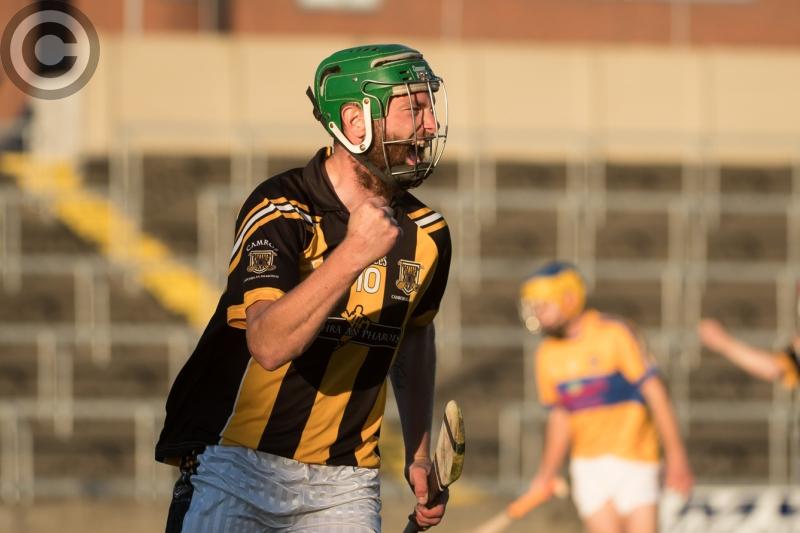 Camross are out of the Leinster Club SHC after a late rally from Mount Leinster Rangers saw them to victory in O'Moore Park.

Having played most of the second half with 14 men, Camross had battled to stay in the game and were only a point down with normal time almost up, but the Carlow champions finished with a flurry to wrap up the win.

Camross had the wind advantage in the first half, and they made a bright start when Zane Keenan pointed a 65 in the third minute. A foul on Tomás Burke yielded another point for Camross after that, as Keenan sent the free over the bar, but it would prove to be a disjointed first half display from the Laois champions.

Mount Leinster Rangers opened their account in the sixth minute courtesy of a Denis Murphy free, and he repeated the trick moments later to see the teams back on level terms.

Camross managed to edge themselves back into the lead with another pointed free from Zane Keenan, with all of the scores so far having come from placed balls. The first score from play didn't arrive until the eleventh minute, when Denis Murphy got his third of the game, and a free from him soon after saw Mount Leinster Rangers into the lead for the first time.

Having had a six week lay-off coming into this game, Camross showed the signs of rustiness throughout the half, with passes misplaced and poor touch and control was apparent at times. Playing Ciaran Collier as a sweeper didn't pay off either, as he struggled to get into the game, and their two-man full-forward line of Mark Dowling and Niall Holmes found it tough to get clean possession.

Another point from Denis Murphy put Rangers two ahead, but a wonderful point from the right wing by Zane Keenan quickly reduced the gap back down to one, with a little over fifteen minutes of the half played.

The remainder of the half would produce just two more points, from Chris Nolan for Rangers and Dean Delaney for Camross, as the Carlow side lead by 0-6 to 0-5 at the interval.

Mount Leinster Rangers got off to a bright start in the second half, as Paul Coady and Denis Murphy both pointed to open up a three point gap, and that proved to be the start of an entertaining second half. Niall Holmes pointed to get Camross up and running, but Paul Coady almost had a goal at the other end soon after, when his looping shot hit the crossbar and went over.

Rangers sub Ted Joyce then pointed twice as it looked like they were going to pull away from Camross, who then lost Darrell Dooley to a second yellow card. The omens didn't look good at this stage, but the Laois men dug in after that. Damien Keenan launched one over from the middle of the field, and Niall Holmes and Mark Dowling then hit the target to narrow the gap to two points.

Zane Keenan then scored a free to reduce the deficit to one, before Joyce got his third to ease some of the mounting pressure on Rangers.

Camross weren't taking a backwards step though, and another Keenan free got them back within one going into the last ten minutes of the game. However, that was as close as they would get, after a frantic ending to the game. Camross first lost Mark Dowling to injury, and then with the game entering injury time and still one between them, Mount Leinster Rangers caught fire.

They rattled off four points in a little over two minutes to break the Camross resolve, and then tacked on a few more in injury time to close a six point victory in the end.