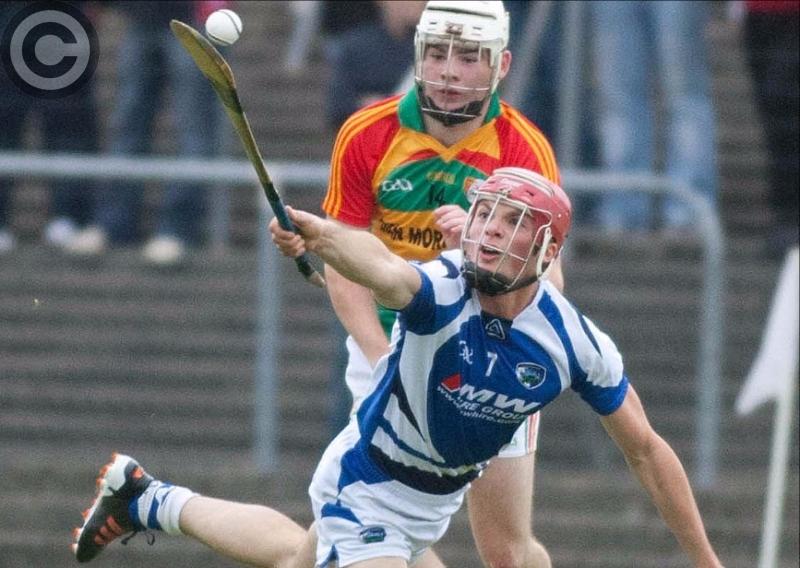 Nathan Unwin in action for Laois U-21s against Carlow back in 2012. Pic: Alf Harvey.

Former Rathdowney-Errill and Laois U-21 hurler Nathan Unwin was celebrating last weekend, when he was chosen as one of the Champion 15 from the Lory Meagher competition.

Unwin, who now lives in the UK, was named at midfield in the Lory Meagher equivalent of the All-Star awards, as the Lancashire team he was a key member of made history by winning the competition for the first time ever.

Unwin had previously played for Laois at U-21 level, lining out in the Leinster U-21 final of 2012, which Laois lost to Kilkenny. He went on to represent Ireland in the U-21 Shinty international game later that year.

He was wing back on the Lancashire team that defeated Fermanagh in the final this year, scoring 0-1 in the process.

Unwin's victory comes on the heels of his former club team mate Ross King representing Ireland in the Hurling-Shinty International two weeks ago.