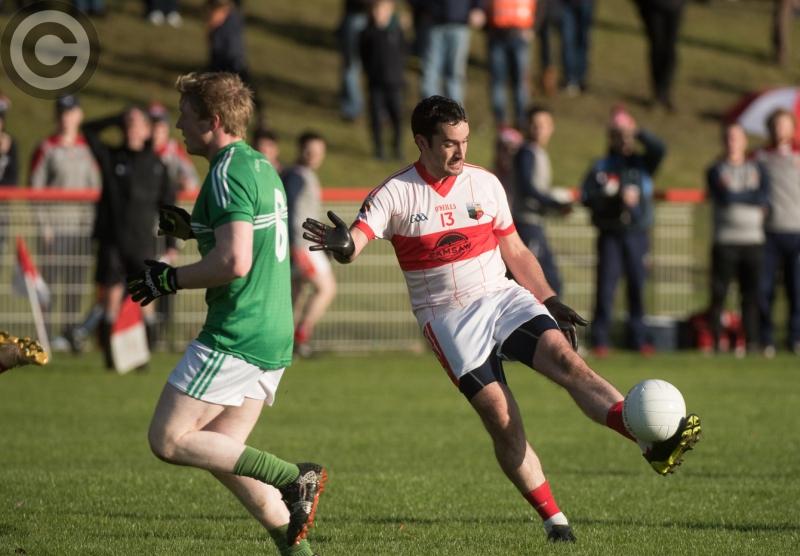 Emo and Ballyboughal played out an enthralling, eighty-minute affair in Emo last Saturday, which ended all square, after Paul Lawlor placed over a free with virtually the last kick of the game.

The pair must do battle once again, and this time the tie will be played on Dublin turf as Emo must head for North Dublin this weekend.

Jonathan Rooney opened the scoring for the Dublin champions five minutes in, but Emo’s experienced centre back Niall Wheeler cancelled that out. The home side were then awarded a penalty, after Finbarr Crowley was judged to have been pushed in the box. Up stepped Paul Lawlor, who dispatched the penalty with ease.

Darren Strong added another, before Ciaran Wynne attempted to calm Ballyboughal down with a free. Strong and Lawlor slotted over placed balls to extend Emo’s lead out five with just fifteen minutes played.

However, Ballyboughal fought back into it well, with a point from Cormac Flynn getting them motoring. Big midfielder Richie Downey then rifled one into the top corner for Ballyboughal’s first goal.

A super score from Gavin Dungan was followed with one from Gerry Seaver, where he could’ve so easily went for goal. Emo’s David Gorman leveled the sides, before Finbarr Crowley finished past Ballyboughal keeper David Downey to grab Emo’s second goal.

Ballyboughal again responded in devastating fashion, with Richie Downey slotting his second goal to level the teams on the half-hour mark. Ballyboughal were handed a blow at the very end of the half though, with John Rogers receiving a black card for an off-the-ball incident.

Emo came storming out of the blocks in the second half, scoring four points without reply to again build up a sizeable lead. Strong, Nigel Murphy, Lawlor and Strong again raised white flags, much to the delight of the home crowd.

All their hard work was undone though, as Ballyboughal’s Ben Callinan chipped David Whelan in goals to leave just one between the pair. Three Gerry Seaver frees put the Dublin men in the ascendancy, but Emo were never going to lie down.

Two Evan Costello frees, who had been quiet throughout, were followed by a Strong point, which meant the sides were level once again.

Strong put Emo in the lead once again, but Ballyboughal again hit back, with Gerry Seaver proving to be too hot to handle for the Emo back line, and he hit the equaliser. Neither side could find a winner in normal time, and extra-time awaited.

Lawlor put Emo back in front, but the Ballyboughal boys refused to give an inch, and Seaver and Wynne replied for them. Strong hit a beautiful point from a free to leave nothing between the sides once again.

Strong slotted over his eighth point of the match to give Emo the lead, but Seaver fired two over to put Ballyboughal one up once again.

However, Emo were awarded a free late on, and Lawlor showed his class, placing it straight over the black spot to set up another titanic tussle. 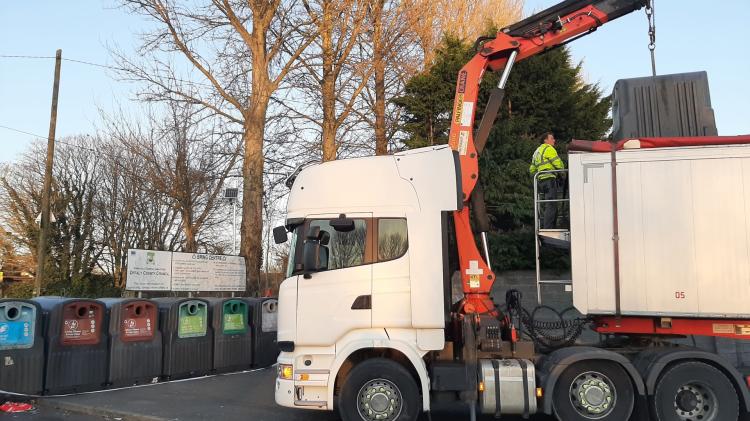