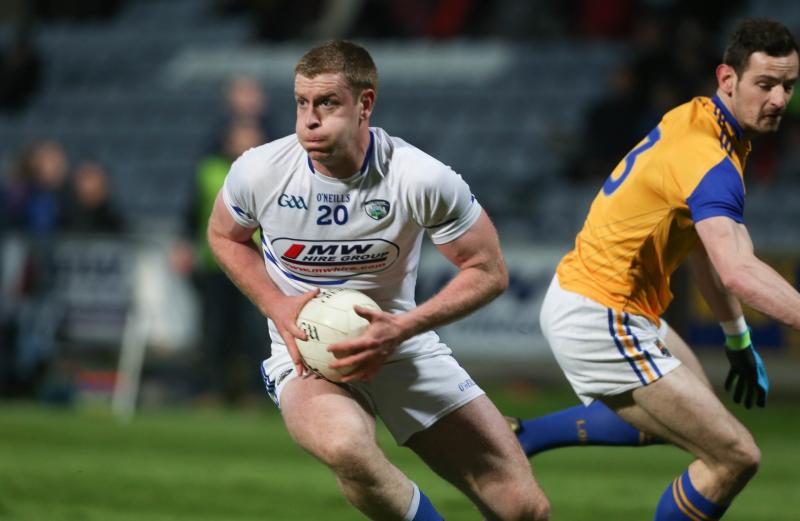 Donie Kingston in action against Longford earlier this year.

The Laois senior footballers will have to plan without Donie Kingston for the foreseeable future, after the Arles-Killeen man opted to play basketball for the winter.

It was reported in this morning's Irish Independent that Kingston has opted to play basketball for the next few months, which has seem him join up with Old Leighlin Basketball Club, in Leighlinbridge, Carlow.

Kingston was top scorer for Laois throughout the 2017 season, although his own excellent form could not prevent what was a hugely disappointing campaign for the county's senior football team.

With a campaign in Division 4 ahead, it promises to be a tough year for Laois as John Sugrue and his management team are charged with arresting the slide of the county's senior football team in recent years. A number of trial games have been held recently as Sugrue tries to put a panel together ahead of an O'Byrne Cup game on December 30th.

Laois will begin their NFL Division 4 campaign on January 27 against Limerick, and if Kingston is not returned by then, it offers an opportunity to several other players to assume some of the scoring burden which the Arles-Killeen man has shouldered for some time.