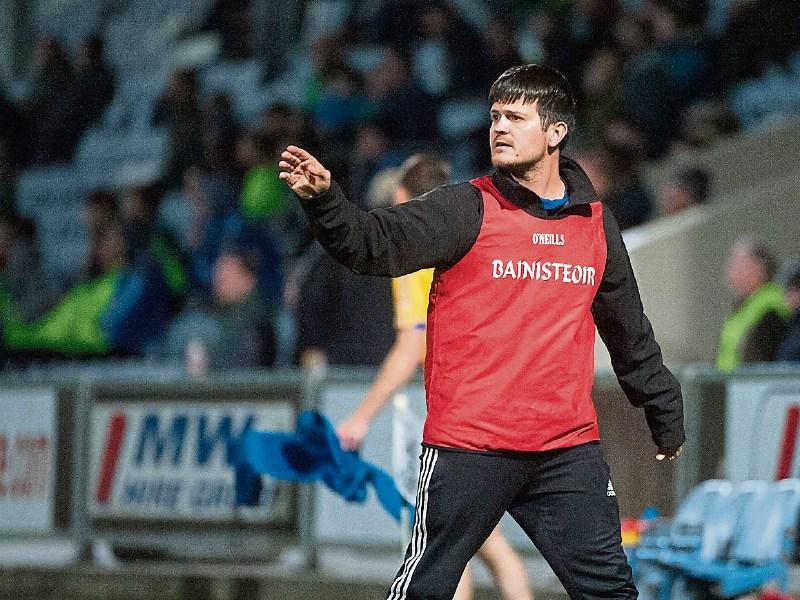 Portlaoise manager Malachy McNulty described Sunday's loss to Moorefield as 'gut-wrenching', as his team exited the Leinster SFC at the quarter-final stage.

Speaking in an empty dressing room, McNulty was still trying to absorb what had happened just minutes earlier. “It's gut-wrenching, I had a few words with the lads after the game, but as I explained to them, when you have a game like that, and a defeat like that, you're reaching deep for the words, but there's very little in there to be able to say.”

Having been three points up with less than ten minutes to go, Portlaoise were well on top here, but the Moorefield goal turned the game on its head. “It was the decisive score, they were coming in waves and they just had that overlap on the far side and a guy broke through.

“I thought Graham Brody did excellent to narrow the angle, I was honestly surprised when it hit the back of the net because I thought he had it well covered, but they are the breaks.”

To make matters worse with that goal, Portlaoise had been in control for long spells of that second half, but too often were undone by their own mistakes. “There was a couple of small technical errors, mishandling and stray passes that went straight back to the opposition.

“When you're getting some progress, and some momentum up the field and the play if going in your direction, when it's breaking down like that and it's an unforced error, it's very hard to defend against.”

For the second game running, Portlaoise only scored two points in the second half, and this was something which surprised McNulty afterwards. “It didn't seem like that, and you wouldn't have minded that going into the last five or six minutes with a three point lead on the board, but it's definitely very disappointing.”

In spite of those late sucker punch scores from Moorefield, Portlaoise did have a chance of a late equaliser with a tough free, which tailed wide on Paul Cahillane. “It was an incredibly difficult angle, there are very few players in the country that would be able to get those ten times out of ten, and the breeze as well was very, very difficult, it was blowing with him, but at an angle across the face of the goal, but look, these things happen.”

Overall though, the Portlaoise manager was happy with how the year had gone for his side. “It was a fantastic journey, we started off very early, I think we started off nearly a year to this month ago. The commitment was fantastic from the buys, we had a fantastic back room team, the voluntary staff were fantastic, the paid staff did great work, but look, when it comes down to it, it's the 35 lads that committed throughout the year.

"Their commitment and drive and passion for this club, is second to none, and I'd just compliment them on that.”