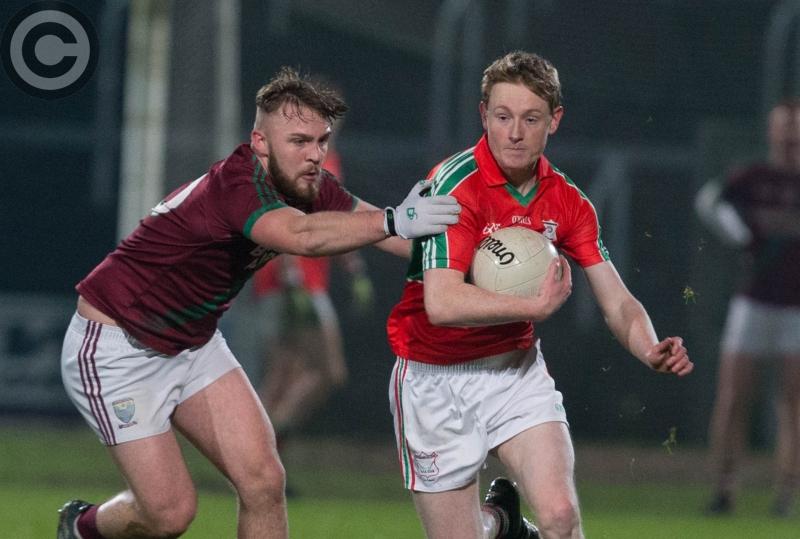 Portarlington are the Laois U-21 'A' football champions for 2017, after they produced a scintillating final 20 minutes to see themselves past Graiguecullen.

When Graiguecullen took the lead in 39th minute with their third point in a row, it looked like Portarlington were in real trouble, but they ran riot from there to the final whistle, scoring 1-7 without reply.

The goal came from Colm Murphy, but it was the entire Portarlington team which deserved credit, as they all raised their game to run out convincing winners in the end.

Graiguecullen got the scoring under way with a little over a minute played, as centre-forward Brian Byrne split the posts from 30 yards out. Portarlington wasted little time in drawing level, as Colm Murphy hit back at the other end within a minute.

Murphy, who has been in prolific form throughout this year, soon had his side in front, as he managed to get a shot away under pressure on the left wing and it sailed safely between the uprights. Anything Murphy could do, Danny O'Reilly could match, and he restored parity with a superb point off the outside of his right boot.

Portarlington were probably shading the game at this stage though, and that started to show on the scoreboard as Graham Weldon burst onto the ball 25 yards out and scored. Colm Murphy followed that up with a brace of frees, and Port were not three ahead as we passed the midpoint of the half.

Dean Malone responded for Graiguecullen, but Graham Weldon soon restored Port's three point cushion, after his shot was deemed to have been a point by referee Mick Tarpey.

Danny Bolger opened his account for the day after that with a free for Graiguecullen, and that would prove to be the last score of the half, as Port lead 0-6 to 0-4 at the interval.

That deficit was halved with a little over a minute played in the second half, as Danny Bolger pointed his second free of the game to leave the minimum between the teams. A brilliant move from Graiguecullen soon after that ended with Eoin Alsybury kicking a wonderful score, as Graigue started to build some momentum.

With the wind in their sails, Graiguecullen kept pushing forward and were rewarded by taking the lead for the first time since the second minute when Bolger stroked over his third free.

Portarlington looked to be in real trouble now, but they responded in impressive style. A quick free from Colm Murphy allowed Jordan Fitzpatrick to tie the scores at 0-7 each, and then a one-two between Colm Murphy and Curtis Lyons ended with Murphy curling over a lovely point to see them edge in front once more.

Not long after that, Jake Foster scored a brilliant free from the right wing and then Curtis Lyons made it four in a row to complete a remarkable turnaround for Portarlington.

At the other end, excellent work by Graigue sub Musa Sulaiman saw him cut in from the left wing, but Scott Osbourne produced a wonderful point-blank save to deny him a goal. Portarlington made the most of the good work from their goalkeeper, as wing back Colin Slevin kicked two brilliant points in the space of a minute to see them open up a five point advantage with five minutes left.

Five soon became six thanks to Jake Foster, and then Port wrapped up the victory when Colm Murphy squeezed home a shot from a tight angle to leave little doubt over where the cup was going.

Murphy added another free before an unsavoury row in injury time which resulted in a couple of red cards, but it all mattered little at that stage. Then, to hammer home their advantage, Jake Foster got a second goal as Portarlington ran out deserving winners.