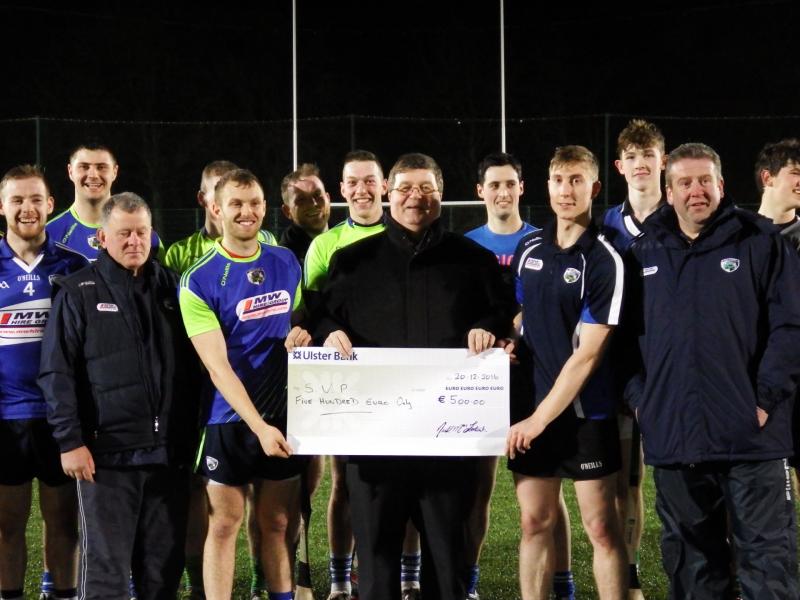 Last year, the hurlers made a donation to St Vincent de Paul.

The Laois senior hurlers will be sleeping out in Lyster Square, Portlaoise on December 15th as part of the Gaelic Voices For Change initiative, in order to raise awareness of the homelessness crisis in Ireland.

The sleep-out is being organised by 'Gaelic Voices for Change' which is a voluntary community action initiative, supported by the GPA and WGPA, that shines a light on important social issues and offers support to those in need. The aim of the sleep-out is to generate solidarity, funds, awareness, and action.

The players will be sleeping out in Lyster Square from 9pm to 6am. The aim of the sleep out is primarily to raise awareness of the issue, but any money raised from the event will be donated to the Midlands Simon Community.

The sleep out will be taking place in a variety of locations throughout Ireland, and the group are also appealing for help with tea and coffee, food, sleeping bags, music and entertainment, and fundraising in each of the sleep-out locations. People can also support by donating online at www.gaelicvoicesforchange.com.

This is the second time in two years that the senior hurlers have gotten involved in a charitable event, having made a donation to the Laois St Vincent de Paul 12 months ago.