Garda with strong Laois connections to be honoured for bravery 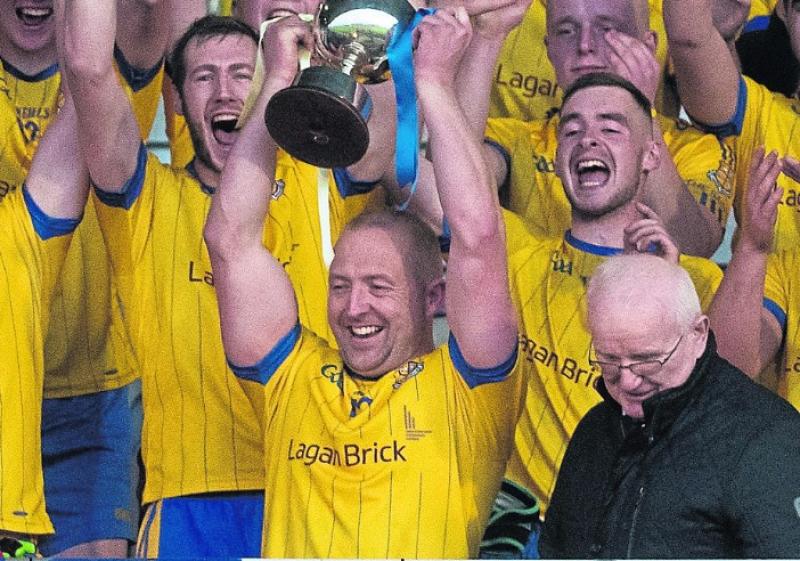 A garda with strong Laois connections is to be honoured for his bravery in foiling an armed robbery in Dublin while off duty.

Detective Garda David Brennan will be presented with the Scott Medal at the Garda Training College in Templemore this week.

David and his father Dessie, a retired garda, disarmed and detained a thief after an attempted robbery on a bookmakers in July 2013.

The men were out for a drink in Jacob's Bar in Saggart, Co Dublin when the incident happened. A local came into the pub saying there was robbery at the Paddy Powers branch next door.

As they rushed to help Dessie and David noticed that one of the men had a revolver. Dessie told the Leinster Express what happened next.

"We saw the man sticking a gun into his trousers and jumping onto the back of a motorbike. David jumped into the air and kicked the lad off the bike. It was all over in 10 seconds," said Dessie.

The father and son held the robber and removed the gun.

The father and son have strong garda connections, are rooted in Laois and steeped in Laois GAA.

The Brennan clan hail from The Swan Wolfhill area in the Ballyadams Parish.

Proud members of St Joseph's GAA club, Dessie is a well-known coach while David switched allegiance from his native Dublin to play for the family's home GAA club. He captained St Joseph's to a Junior Club Championship title in O'Moore Park, Portlaoise in 2017.

David is a detective stationed in Clondalkin while Dessie served in the force for many years in Dublin. David's uncle and Dessie's brother Kieran was a previous recipient of the Garda Scott Medal.

Another bother, Derek, was a prison officer and received an award for bravery from the Irish Prison Service.

Detective Brennan will not be the only Laois connection to the Scott Medal Ceremony.

Four retired gardaí and the family of a deceased member of the force will also be presented with medals in Templemore.

Jim Cannon, Ben Thornton, Tom Peters, Gerry Bohan and the family of the late Michael Clerkin will be honoured for their bravery on October 16 1976.

The four men suffered serious injuries and Garda Clerkin was killed in an IRA bomb near Garryhinch on the Laois Offaly border.

Apart from family, Minister for Justice Charlie Flanagan and Laois Offaly Chief Superintendent John Scanlon will be among those present i  Templemore.