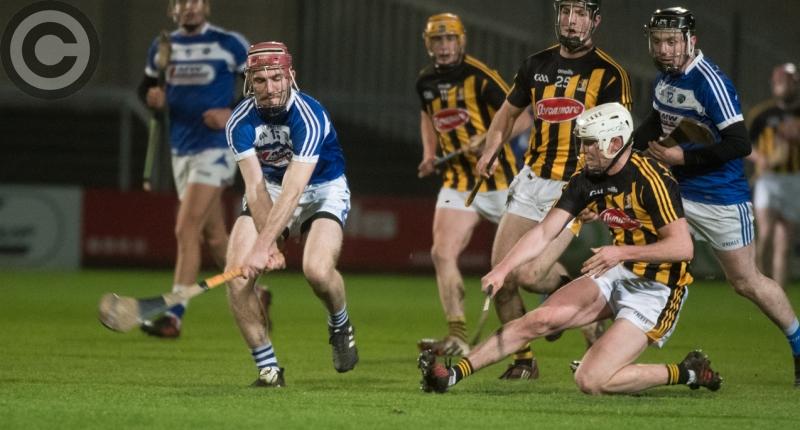 Laois suffered a heavy defeat in their Walsh Cup clash with Kilkenny on Wednesday night, as the Cats had 28 points to spare over them in O'Moore Park.

A very young Laois side were always going to find it difficult against Kilkenny, and so it proved to be, despite a positive start to the game.

Paddy Purcell's goal in the fourth minute had given Laois an early 1-0 to 0-2 lead, but Kilkenny soon went back in front thanks to a goal from Conor Martin. The teams remained relatively close until late in the half, when Kilkenny hit the afterburners.

Between the 22nd and 52nd minutes, Kilkenny outscored Laois by 4-11 to 0-2 in a frightening display of the strenght in depth of the Noresiders.

While it was a tough night for Laois, it was at least another learning curve for this young panel, particularly in the importance of securing primary possession. Kilkenny excelled in the air and on the ground, while Laois, with little hurling done so far in their pre-season work, were understandably off the pace.

They will have to make plenty of improvements in a short space of time, however, as the opening round of the league takes place at the end of this month, when they head to the Gaelic Grounds on January 28th to meet Limerick.

It wasn't all bad news on the night though, with Donncha Hartnett showing well at corner-back when introduced, as he recovered well a couple of times after being caught out of position. Aidan Corby also landed three points from play, while there was much-needed exposure to this level for the likes of James Ryan and Padraig Delaney.