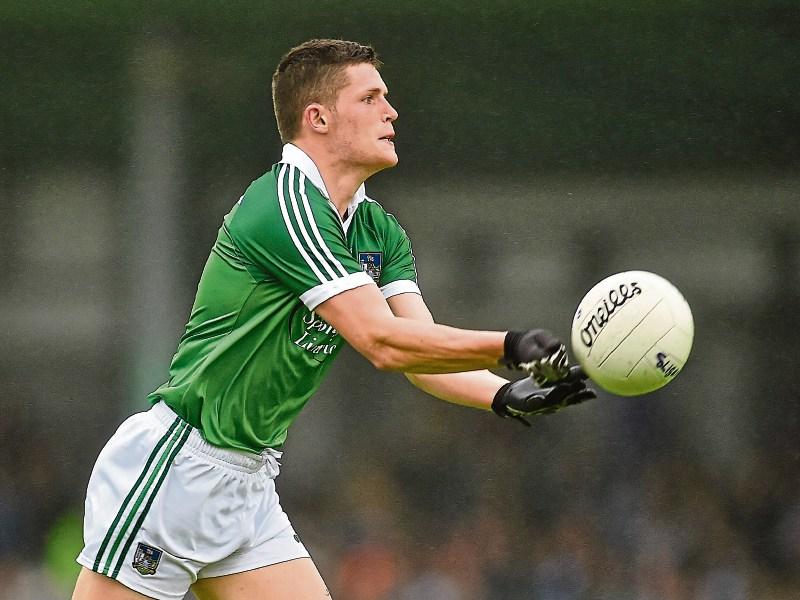 Limerick captain Iain Corbett is in the Lebanon.

Laois begin their NFL Division 4 campaign this Saturday night, and it promises to be an interesting few months for Laois football supporters, as the county tries to plot a course back to Division 3.

Here, we take a look at all seven teams Laois will face over the next two months, to see how they are faring ahead of the new football season.

Team News: The appointment of Lenny Harbinson is an interesting one. He guided St Gall's to an All-Ireland club title in 2010, and takes over from a popular duo in Frank Fitzsimons and Gearoid Adams. The return of former AFL player Niall McKeever is a major boost to the panel.

Last Year: Let us not forget that Antrim have a good recent record against Laois, beating us in Belfast last year. They were still relegated though, and then lost in Ulster and in Round 1 of the Qualifers to bring their season to an end.

Team News: It's been a good winter for Carlow manager Turlough O'Brien, as he has been hit with no retirements of defections of note from the panel. They have no major injury concerns, and are working with more or less the same panel as last year.

League Form: Came third in Division 4, put up a gutsy showing against Dublin in the Leinster SFC, and then won two games in the Qualifiers, against London and Leitrim, before another impressive outing against Monaghan. Really targeting promotion this year.

Team News: Emlyn Mulligan is a huge loss with a cruciate ligament injury, and they are bringing through a lot of young players, with 12 of them getting debuts in the FBD League. They have a good management team in place though, with Guckian supported by former All-Ireland winner John O'Mahoney, who is a selector.

Last Year: A decent league campaign, finishing with four wins, but lost to Roscommon in the Connacht SFC and then Carlow knocked them out of the All-Ireland Qualifiers.

Play Laois on: Sunday, February 4 in Carrick-on-Shannon at 2pm.

Team News: Limerick football has fallen quite a bit since their time under Liam Kearns, and things don't appear to be in good shape at the moment. Corbett will miss the entire league as he is in the Lebanon with the Irish Army, while a number of other players have also dropped out, which resulted in Limerick not fielding in the recent McGrath Cup.

Last Year: A decent league campaign yielded four wins, but then lost to both Clare in Munster, and Wexford in the Qualifiers, by just one point.

Play Laois on: Saturday, January 27 in O'Moore Park at 7pm.

Team News: With Fulham Irish now finished up in the All-Ireland Club SFC, they will be hoping to get a boost by the return of players like Owen Mulligan, the former Tyrone star. A former Laois footballer has become a mainstay of the London team as well, with Park-Ratheniska's Cathal Óg Greene an established force in midfield for the Exiles.

Last Year: Won just one game all year, when they defeated Carlow in the second round of the league. The Barrowsiders would go on to gain revenge, however, when they ground out a one-point win over London in the All-Ireland Qualifiers.

Play Laois on: Sunday, March 11 in Ruislip at 1pm.

Team News: No retirements of note in Waterford, but county champions Stradbally have just one player on the panel, which isn't ideal. They usually lose a few to the hurling panel as well. Conceded 2-18 in both their McGrath Cup games, so will have to tighten things up at the back.

Last Year: Won their first two league games and then never won again for the remainder of the year. Lost to Cork by a point in the Munster SFC though, so on their day they can be dangeroud opposition. Derry eventually beat them in the Qualifiers, but they went down swining, so could be a tough one for Laois.

Play Laois on: Saturday, January 27 in O'Moore Park at 7pm.

Team News: Paul and Anthony McLaughlin and Stephen Kelly have left the panel, but on the plus side, James Stafford, Theo Smyth and Paul Merrigan have been drafted in. Gearoid Murphy is a promising young player to keep an eye out for, but after heavy defeats in the O'Byrne Cup, the locals are still wary of what Jonny Evans can bring to the setup

Last Year: Won just one game in Division 4, and to compound matters, they were beaten by Louth, and then Laois, in the championship. Huge scope for improvement exists, and Johnny Evans has a big task on his hands