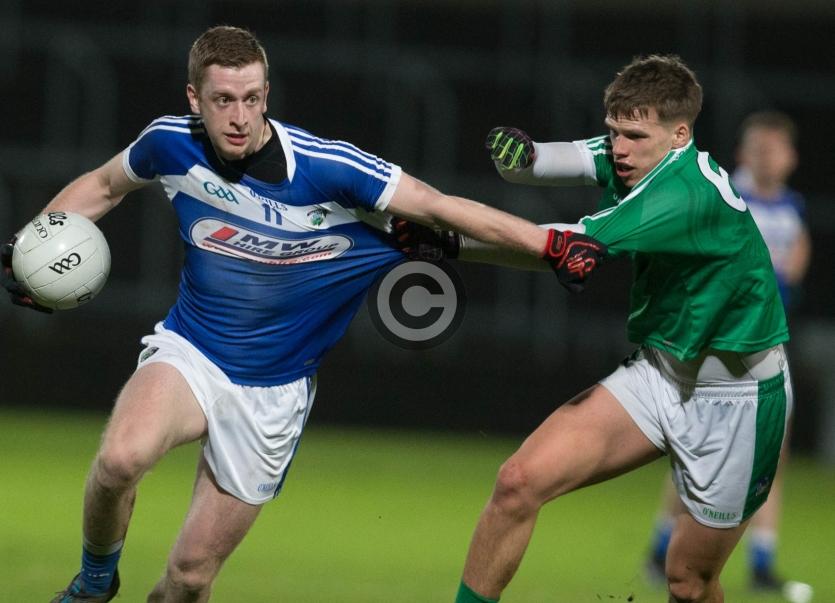 An impressive display from full-forward Gary Walsh saw Laois open their NFL Division 4 campaign with a win. Walsh hit 1-6 and set up Paul Kingston's late goal to spearhead an experimental Laois side to victory, as they proved too strong for Limerick in O'Moore Park.

Laois, fielding six debutantes, got off to a flying start, taking the lead after just 12 seconds. Midfielder Danny O'Reilly sprinted forward from the throw in, with his left-footed shot for goal tipped over the crossbar by Donal O'Sullivan.

That positive opening was soon soured for Laois, who last centre-back and captain Stephen Attride to injury, but they were comfortably the better side in the opening minutes. They doubled their lead soon after losing Attride, when Gary Walsh stroked over a free. The home side were dominating possession and territory, but Limerick's numbers in defence were making it difficult to find a way through.

Billy Lee's charges finally opened their account in the 16th minute, when his son Jamie got on the end of a ball from Brian Fanning and pointed well. That score failed to knock Laois out of stride, however, and excellent work from Paul Kingston set up Aaron Dowling, who restored their two-point cushion.

Gary Walsh then stroked over his second of the half, and Laois lead 0-4 to 0-1 after 28 minutes, and fully deserved the lead. Limerick weren't offering much, but briefly sprung to life when two points from Jamie Lee in as many minutes got them back within one against the run of play.

That was probably a bit harsh on Laois, but another free from Walsh meant they lead by two at the interval, 0-5 to 0-3.
The gap between the teams was halved on the restart, as Jamie Lee's fourth point had the Laois crowd getting nervous. However, Gary Walsh soon assuaged any fears when his sweetly struck shot from 12 yards out flew into the top corner, giving Laois a cushion for the first time in the game.

Limerick steeled themselves well, and were unlucky not to take a big chunk out of the Laois lead when Jamie Lee's shot for goal hit the post. That was as close as they came though, as some excellent points by Gary Walsh put Laois in the clear, and then Paul Kingston's injury time goal put the seal on a deserved nine point win for the home side.