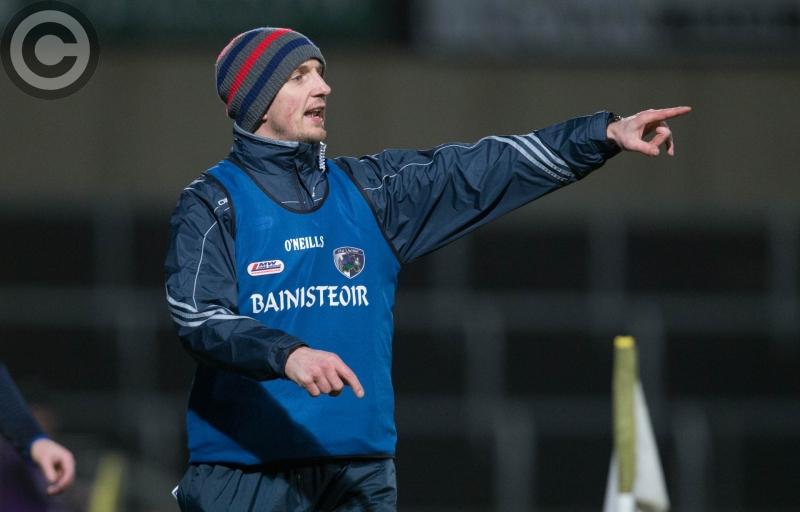 After handing debuts to six players in Saturday night's NFL Division 4 opener, manager John Sugrue was rewarded for placing his trust in those players with a nine point win at O'Moore Park.

Laois fully deserved the win, and while it was far from a classic performance, it was still an impressive outing considering the team Laois had on the field.

The team selection prior to the game had raised a few eyebrows, but Sugrue admitted afterwards that the team was picked based on form, and that he was pleased with the way the new players took their chance. “Them boys are putting their hands up, and they got the jersey because they’re putting their hands up strong enough, and stronger than other fellas.

“They’ll gain an awful lot from playing a game for Laois. Hopefully they’ll play a second game for Laois next weekend and move on from there. Them guys will stay growing all the time. For the first night out we’re not gonna complain too much. It probably wasn’t very exciting to watch but we’re over the line.”

Understandly, neither side were overly impressive in the first half, with it being their first real taste of competitive action this year.

It was a bit harder for Laois as Limerick committed a lot of men to defence, and while that was an obstacle to overcome for Laois, Sugrue was pleased with the manner in which they improved after the break. “We were very stagnant with the ball in the middle of the field in the first half and tended to migrate up the field with the ball in numbers and it didn’t suit the way we wanted to do it.

“The second half showed that we can play a little bit of ball when we get the chance and when we go at it properly.”

This Laois team also looked in physically good shape after a tough winter of work under their belts, although the Laois boss admitted that playing well can also help players look that bit fitter too. “People talk an awful lot about fitness. There’s lots of things attached to fitness.

“Robbie Cannon has done great work with the boys, we’ve done a bit of work on the pitch with them. If we can stick lots of little facets together, fellas look more confident, if their clarity of thought is a bit easier, I think fellas look a small bit fitter.”

One notable difference from this year to others is the injection of pace into the team, with the likes of Danny O'Reilly, Finbarr Crowley and Paul Kingston impressing with their speed at times.

“You need pace, you need that dynamic and fellas able to cover high mileage at high pace in this game” said Sugrue afterwards. “Dicey (Danny O'Reilly) put in massive graft tonight, Paul added good pace and good variety to his play as well at times, attacked the line well and put in some good ball as well.”

While fitness and pace are all important, the business of scoring is the main thing, and Gary Walsh lead the charge on that front with 1-6 from full-forward, although Sugrue was quick to highlight the team over individual performances. “Gary did the job for us tonight. That’s just the job he got tonight. He might have a different job another night.

“You have fellas working hard at different facets of the game and to single out Gary is probably slightly unfair to the rest to a slight degree but Gary put on a good show tonight.”

There is a quick turnaround now for Laois, with a trip to Leitrim awaiting this Sunday. “Next week we are away to Leitrim and we’ll look forward to that trip again.

“The early rounds are very important to us and get up and running early. We’ll get the heads down again from tomorrow morning on and we’ll get at it.”