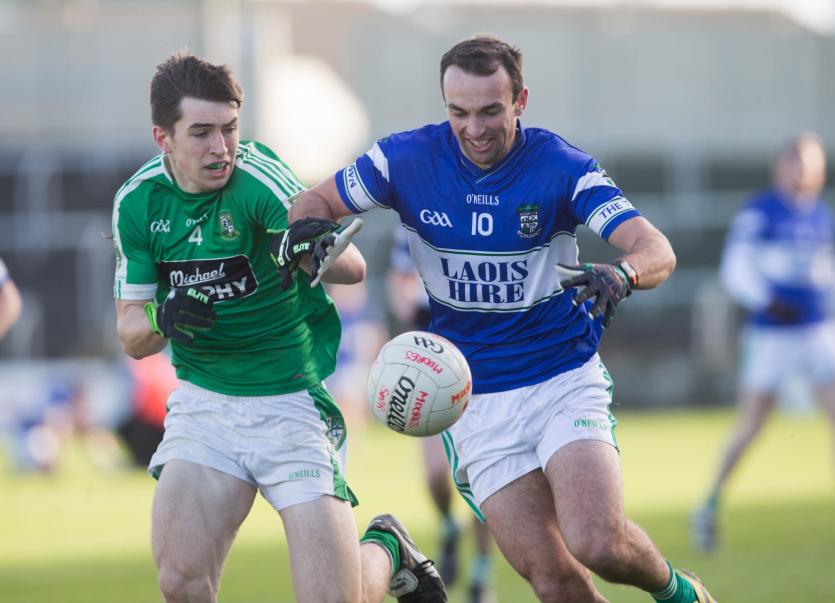 Gareth Dillon will start at wing back on Saturday night.

Laois have made two changes to their starting team for this Saturday's NFL Division 4 clash with Waterford.

Kieran Lillis and Ross Munnelly are drafted into the team, with Brian Glynn and Eoin Lowry dropping to the bench. Gareth Dillon, who was a late addition to the team in Leitrim after Finbarr Crowley was ruled out, retains his place at left wing back.

Lillis comes into the team at midfield, with Danny O'Reilly moved up to wing forward in place of Glynn. Munnelly is a straight replacement for Lowry in the full-forward line.