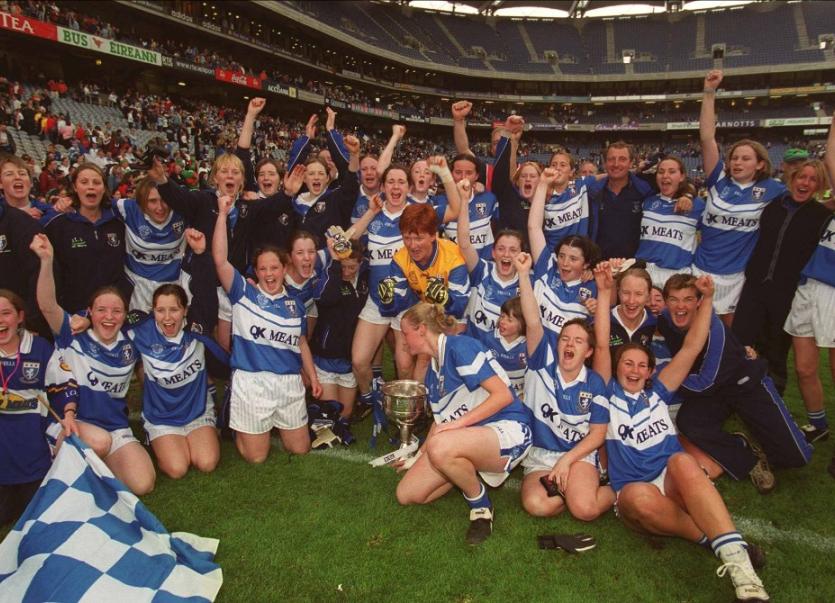 The Laois sporting public have had their say, and the Laois Ladies All-Ireland victory back in 2001 has been chosen as the county's Greatest Sporting Moment.

Our poll, which has been running online for the last two weeks, pitted ten of Laois' best sporting moments against each other to determine which the public felt was the greatest of all.

Two moments quickly pulled ahead of the others, with the Laois Ladies All-Ireland victory of 2001 up against the mens Leinster SFC success of 2003.

In the end, remarkably, there were only seven votes between them, with the ladies victory just about pipping the 2003 win.

That win back in 2001 was as dramatic a moment in recent Irish sporting history, never mind Laois, with Mark Kirwan kicking the winning score from a free with just seconds of the game left.

It ended a heartbreaking run of final defeats for Laois, which stood at seven All-Ireland final appearances without victory prior to that.

In the 2001 final they found themselves up against Mayo, and they started brightly, with Kathleen O'Reilly scoring a brilliant goal in the first half to settle any Laois nerves.

Despite that, a promising young footballer from Mayo called Cora Staunton was justifying the hype around her by leading the comeback, and Mayo actually lead 1-10 to 1-8 at half time.

The second half kept the record attendance of 21,387 on the edge of their seats, as the play swung from one end to the other. Mary Kirwan converted a second half penalty for Laois as they tried to wrestle control of the game, but Mayo responded through Cora Staunton, and with time almost up, Laois won a free when a Mayo kickout failed to go past the 21 yard line.

Mary Kirwan lined up the free, and seconds before the hooter sounded, she split the posts to record a famous victory for Laois. 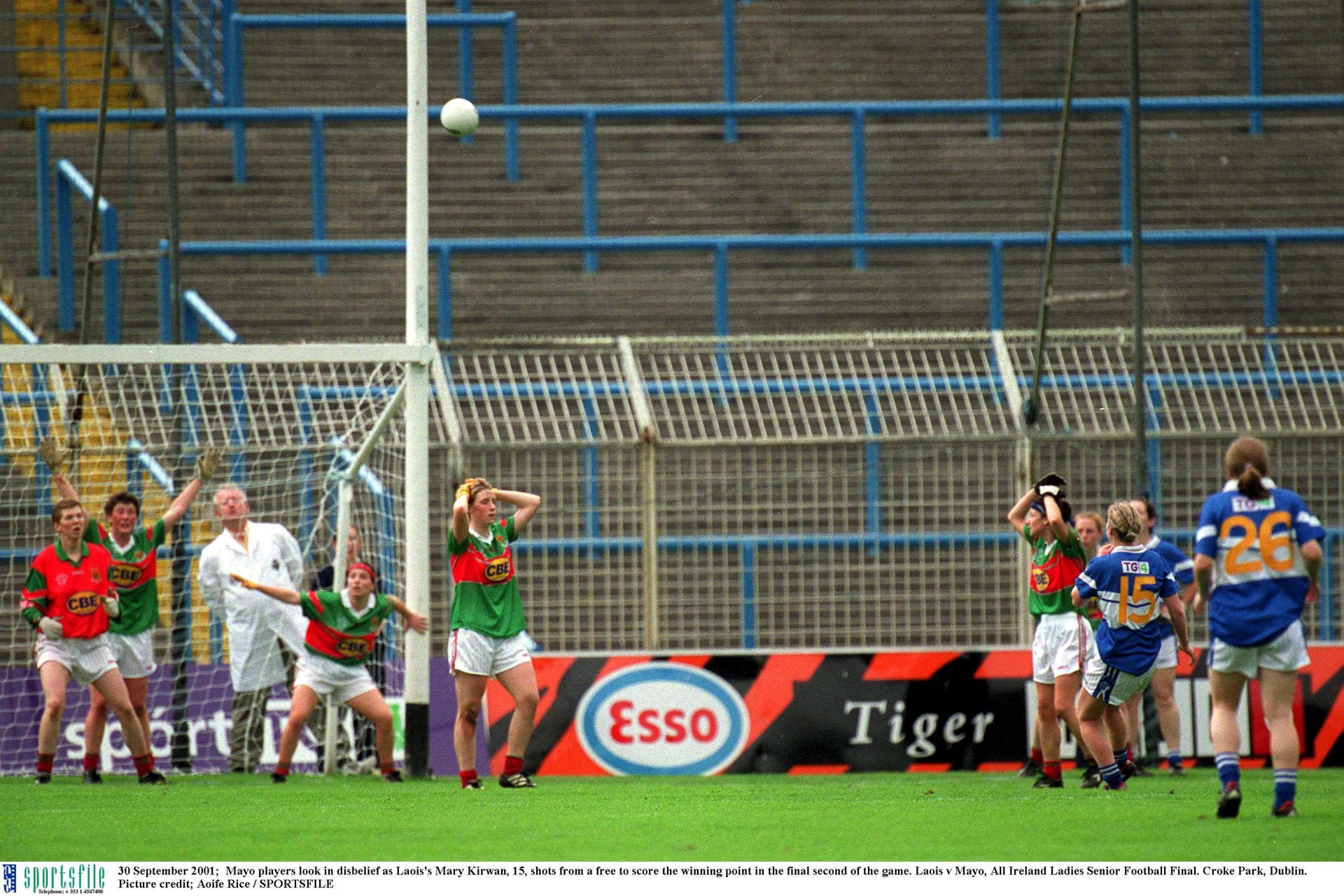 It remains the county's only All-Ireland senior football championship success in either code, something which sadly looks like holding that honour for quite some time to come.

The winning moment was sponsored by Laois Hire.