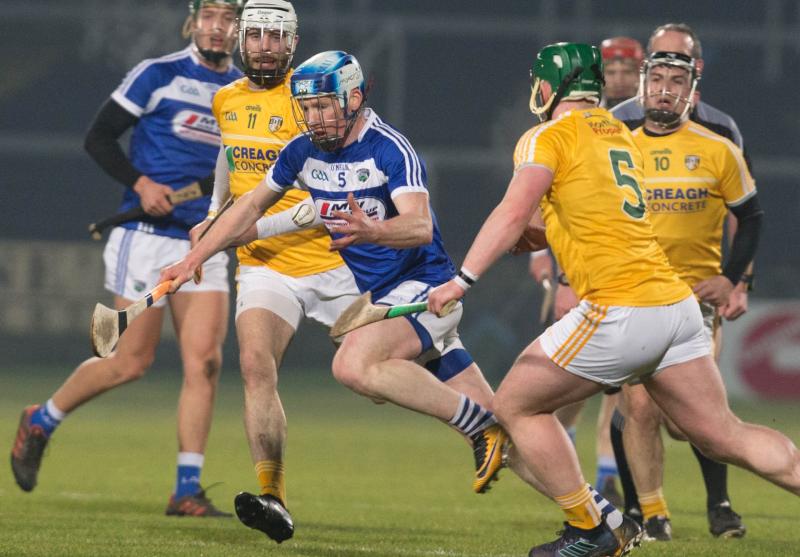 Podge Lawlor in action for Laois against Antrim during the league. Pic: Alf Harvey.

Laois senior hurling manager Eamonn Kelly has made two changes to his team for this Sunday's crucial NHL Division 1B playoff clash with Antrim in Dunloy.

Borris-Kilcotton's PJ Scully has earned a starting place after scoring 0-6 following his introduction against Dublin last time out, while the other changes sees the surprise inclusion of Stephen Bergin at corner-forward. Bergin will be making his first start of the season, as Kelly will be hoping his goal-scoring instincts can give Laois an edge up front.

The two players to miss out at Mark Kavanagh and Eric Killeen, with a number of positional switches taking place also. James Ryan takes Killeen's place on the half-back line, Ben Conroy has been moved out to midfield, and PJ Scully has been named at wing-forward.

Laois must win the game to secure their place in Division 1B for 2019, and will be hoping to better their last trip to Antrim, when an injury-time penalty gave Antrim the victory in Ballycastle back in 2015.

Throw in for Sunday's game is 2pm in Dunloy Cuchulainn's GAA grounds.