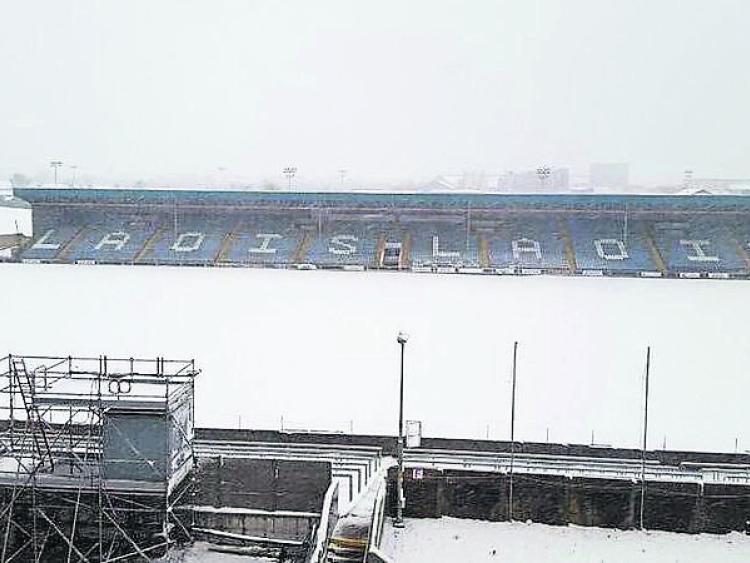 Sunday's plummeting temperatures and heavy snow have played yet more havoc with sporting fixtures, although the Laois hurlers game with Antrim looks set to go ahead.

There has been no snow in Antrim over night or so far today, and the Laois hurlers traveled up on Saturday, so the game will proceed as planned, unless the weather in Dunloy deteriorates today.

Locally, the Palmer Cup game between Camross and Abbeyleix has been called off, while the other game, between Shanahoe Gaels and Borris-Kilcotton, had been called off earlier in the day.

The Laois camogie team have also seen another league game called off, as they were to play Armagh in Granemore at 2pm today. The Laois U-16 camogie team's game against Carlow in the Leinster Championship, scheduled for Borris-in-Ossory this morning, is also off.

The Laois Ladies minor football team have also seen their game today called off, as they were due to play Dublin in Annanough at 2pm in the Leinster quarter-final. It could be refixed for this Wednesday evening.

Is your sporting event today called off? Let us know by e-mailing rory@leinsterexpress.ie or tweet @Express_Sport