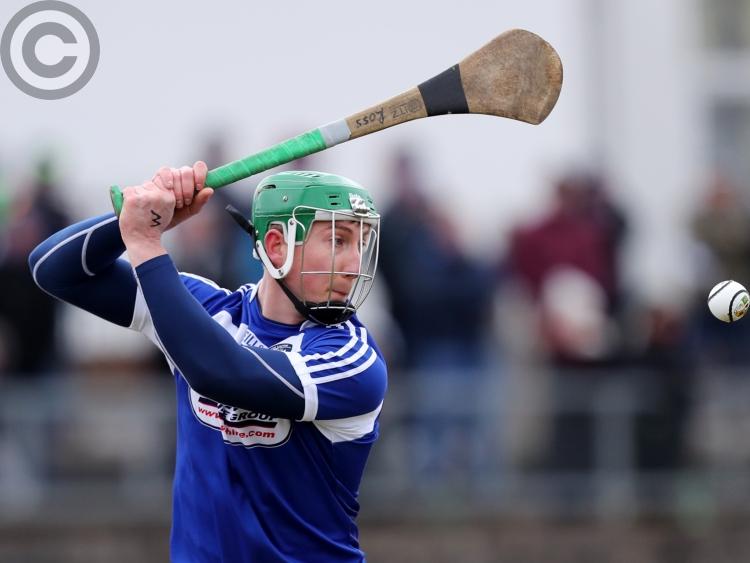 Laois retained their Division 1B status with a nervy two point win over Antrim on Sunday afternoon. It was a tense battle between the two evenly matched sides but once again it was Captain Ross King who pointed Eamon Kelly’s side to victory with a final tally of 0-12 over the 70 minutes with Patrick Purcell’s first half goal proving to be the decisive score..

Despite leading by five points at the short whistle, Laois had to withstand a second half onslaught from the Saffrons. Kelly’s side didn’t score until 12 minutes after the restart with Antrim, and Neil McManus in particular, beginning to find their range. In a tense second half, the sides were level on five occasions but Laois took advantage of some wayward Antrim shooting and kept their nerve at the death.

On a bitterly cold afternoon in north Antrim, it was the home side who made all the early running. Neil McManus and Michael Armstrong finding the target with Patrick Purcell replying for Laois. A brace of King frees in the ninth minute restored parity to score line and Laois began to find some footing in the relegation decider.

McManus landed his third point of the match in the 11th minute but Laois responded with a trio of points from Charles Dwyer and King (two) to take a two point lead.

Laois were finding room in the Saffron defence but were denied an opening goal with Antrim ‘keeper Ryan Elliott superbly denying Stephen Bergin while moments later the width of the cross bar came to the home sides rescue, Purcell’s effort cannoning back with Elliott beaten.

Conor Johnston and McManus tied the sides once again after half an hour but Laois ended the half on top. Purcell capitalising on some uncertainty in the Antrim full back line before finding the back of the Antrim net in the 31st minute. 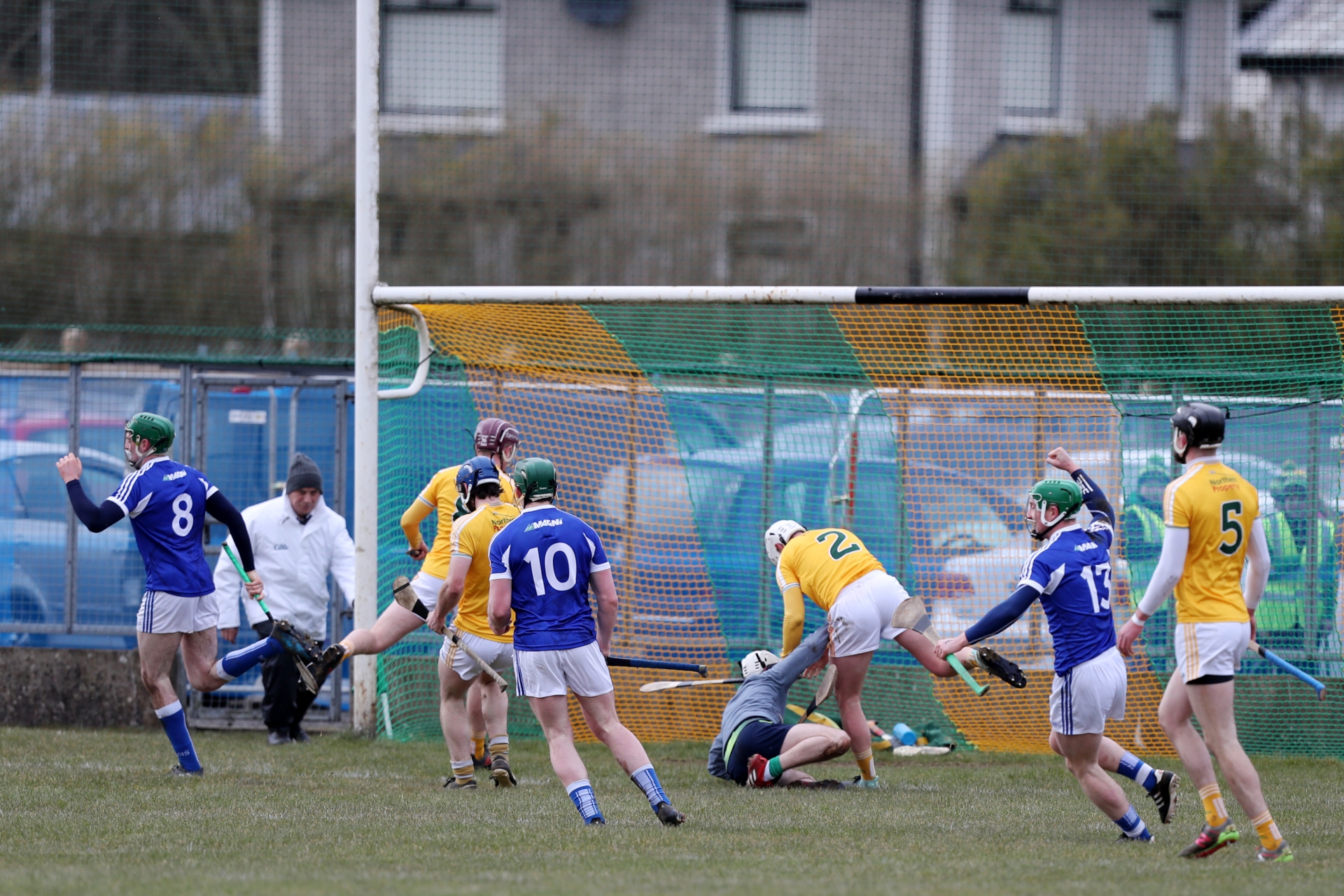 Scores from Ben Conroy, James Ryan and King were responded to by a Nigel Elliott point for the Saffrons to leave Laois taking a deserving five point lead at the interval.

Antrim were wasteful in front of the target in the opening half but they came out after the half time whistle a side rejuvenated. A trio of scores from ace marksman Neil McManus along with a fine individual score from half time substitute James McNaughton cut the deficit to just a single point before King opened the scoring for Laois in the second half after 12 minutes of the restart.

Antrim had all the momentum however and when another brace of points from McManus along with scores from Conor Johnston and Paddy Burke were answered with a solitary King free, Antrim had regained the lead with 15 minutes remaining.

Laois found another gear in the final quarter however. King was as reliable as ever from placed ball while they brought the best out of Antrim goal keeper once again on the hour, Elliott bravely denying Ben Conroy a certain goal.

Antrim looked to their bench for inspiration but they had a huge chance to cement their 1b status in the 62nd minute when they were awarded a penalty. McManus was judged to have been brought down in the square but his penalty was superbly deflected over the bar by Enda Rowland. It proved to be the pivotal moment of the decider with Laois taking full advantage of the reprieve.

In a captivating but nervous last 10 minutes, the Saffrons had chances to pull away but Laois and King proved to be more clinical when it mattered and scored the vital points at the death to take the spoils with two points to spare condemning the Saffrons to an immediate return to Division 2A.