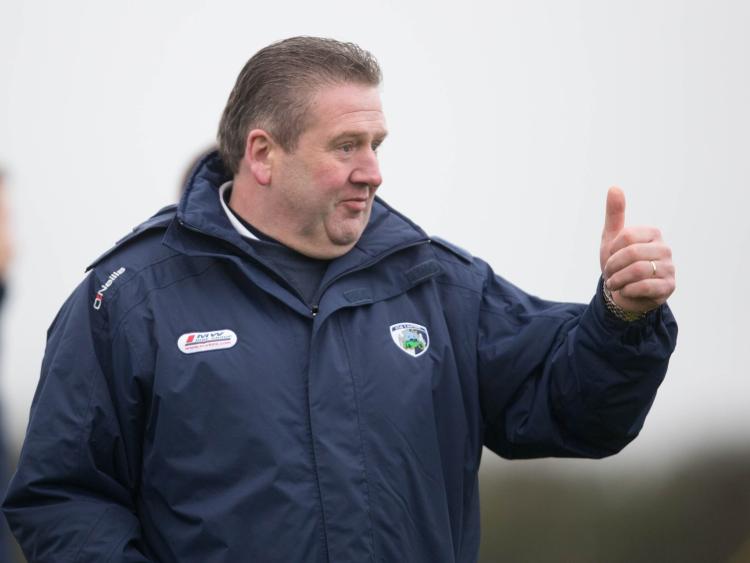 Laois manager Eamonn Kelly cut a relieved figure in Dunloy on Sunday, as his side held their nerve to score two late points and preserve their NHL Division 1B status for 2019.

"There was only a puck of a ball in it and we'll take that in the finish. Neither team wants to go down, and we're just very fortunate to come out the right side of it, but we give massive credit, and we have massive respect for, Antrim, they gave it everything."

Paddy Purcell's first half goal was a crucial score, as it was the only goal of the game, as Kelly admitted afterwards, constituted half of Laois' goal tally this year. "That's only our second goal in the whole league campaign, believe it or not. We've created something like fourteen goal chances and only converted two, so I said to myself 'Oh no' (when they hit the crossbar in the first half), but to be fair to the boys, they took the next one. They are the margins."

The win clearly meant a lot to Laois as well, as they shook off their poor recent form to really dig deep and grind out the win. "It means everything, you could see the way we fought out there. It wasn't pretty, and most relegation finals are like that, it's a war of attrition and that's what it is.

"We didn't want to go down, we wanted to stay up there because we're hoping the hurling we're playing at this level will stand to us, we have a very young panel and you're better off hurling at a higher level."

With their place in the Division secure, Laois could have been hoping for some time off, but Kelly joked afterwards that he may have to limit that to Sunday night, because a busy April lies ahead. "There won't be any weeks off! There are four league games in Laois and the lads will be playing all of them with their clubs, and we'll be training twice a week.

"We have the U-21 as well, and we're involved with them, so there's no time off for us unfortunately! We might get a couple of hours off tonight, the weather forecast is very bad down south, so we might have to stay up here for the night! Whatever way it works out, we'll enjoy it anyway."