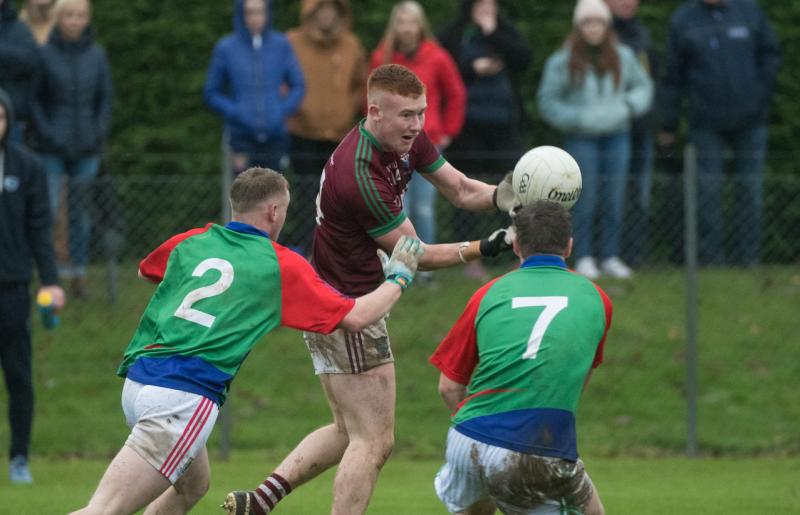 Portarlington got their ACFL Division 1 campaign off to the perfect start with victory over Stradbally in McCann Park on Friday night.

At times it looked like it would be an easier victory than it turned out to be, as Portarlington looked fitter and sharper across the field than Stradbally, but they weren't clinical enough up front. They hit some bad wides in the first half, while Stradbally's Route 1 approach to Wayne Comeford reaped big rewards in the second half.

Two Tom Shiel frees had Stradbally ahead early on, but Port hit back with a nice point from the returning Adam Ryan. Wayne Comerford then got the flick on a Tom Shiel ball into the area to restore the two point lead for Stradbally, but Portlaoise came back well.

Colm Murphy pointed a free and then, from the kick out, David Murphy won possession and levelled the scores. Stradbally then won a penalty for a foul on Conor Delaney, but Wayne Comerford's powerful shot flew over the bar.

Portarlington made the most of the reprieve by hitting the next four points of the game to move into a three point lead, as Col Murphy (2), David Murphy and Evan Lyons were all on target.

Liam Knowles replied with an excellent long-range score for Stradbally, but Port had the better of the rest of the half. They almost had a goal through David Murphy, but Jamie Kavanagh made a brilliant goal-line clearance. However, points from David Murphy and Jake Foster saw them lead 0-9 to 0-5 at the break.

Stradbally started the second half with two excellent points from Eamon Conlon and Tom Shiel, as Evan Lyons mustered a response for Port. That left three in it, but the teams were soon level, as Jack Deegan flicked Tom Shiel's long range free to the net.

Port responded in fine style, as first David Murphy pointed and then they fashioned the score of the game. Adam Ryan and Murphy interchanged passes before setting up Evan Lyons, and he finished to the bottom corner for a wonderful goal.

Stradbally again hit back, as Darren Maher's long ball was bundled to the net by Wayne Comerford, leaving one between them with seven minutes left. Try as they might though, Stradbally couldn't get any closer than that, and Port tagged on a couple of late points to win by three.