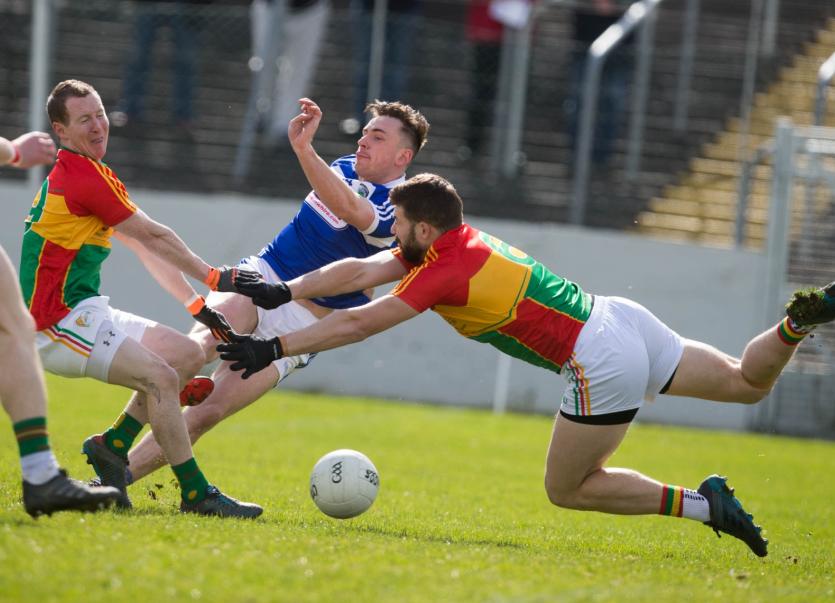 Up until about 1.30pm on Wednesday afternoon, Gary Walsh was having the best season of his career.

He was top scorer across all four divisions in the national football league, he was one of the first names on the Laois team sheet, and he had done a remarkable job of filling the scoring void left by Donie Kingston.

With one tweet, however, he placed himself and Laois GAA in the middle of a controversy entirely of his own making.

There can be no defence of his comments, which were crass and ill-informed.

Twitter provides feedback quicker than perhaps any other social medium, and Walsh was naive in the extreme if he thought that his comment would pass without serious scrutiny, given the climate at the time.

That is especially so when the confrontational tone of the tweet, and the choice of words (kitchen sink, in particular) is taken into account.

Laois GAA were soon forced to issue a statement, distancing themselves from the comments of "individuals", although they stopped short of naming Walsh directly.

Gary Walsh surely never intended for any of this to happen, but that we are in this situation is undoubtedly his fault.

Walsh is perfectly entitled to his opinion. He is entitled to Freedom of Expression. However, the avenue you choose to exercise that right has a big bearing on how your message is received.

If he feels the complainant should be named publicly, then saying that to friends and family is different than saying it to his followers on Twitter.

Once he airs it on Twitter, the dynamic of the message changes. If he says that to someone he knows, in person for example, he's speaking as Gary Walsh, friend, team mate, colleague, whatever the case may be.

Whether you believe he should be punished or not, the fact of the matter is, he has forced Laois GAA into a position whereby they have to make a decision.

Should he miss the league final, it will be a considerable punishment for a player who will have dedicated himself to getting to such a big day. It is debatable whether the chance will come around for him again.

He can have no complaints in missing the game though. This is a situation of his own making, and he'll have to live with the consequences, good or bad. The idea that he should never be allowed to play for Laois again, however, is a step too far.

If it has been decided that he deserves to be punished, and is given a punishment, then he is entitled to move on from it, in much the same way as anyone who is subject to censure. Consigning him to the ash heap achieves nothing of note, other than to satisfy those who believe all punishments should be final.

From there, it is up to him.