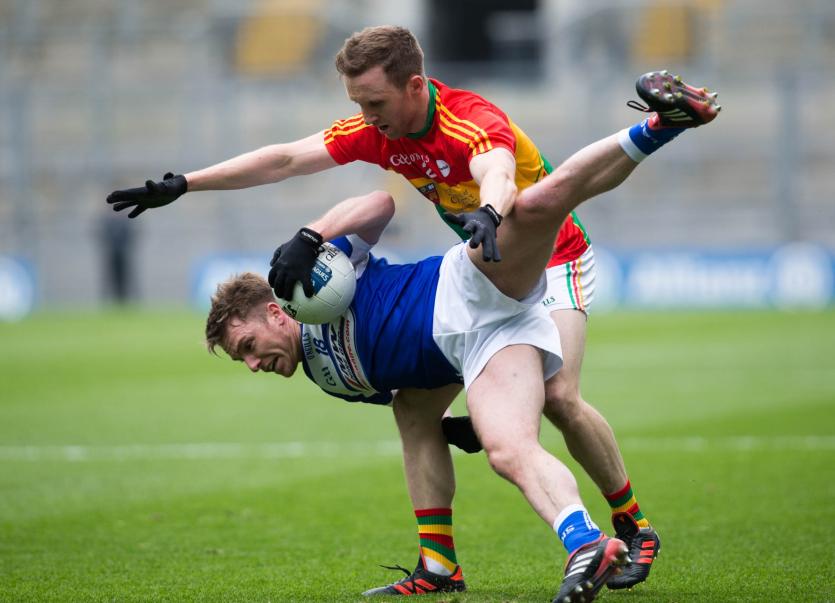 Ross Munnelly in action against Carlow.

Fresh from their first bit of silverware since 2003, Laois senior footballers could be forced into replaying the game over accusations they fielded an overage player.

Laois recorded a 0-15 to 0-11 win over their neighbours in Croke Park on Saturday, but suspicions have been raised over one of the Laois forwards. It has since emerged that Ross Munnelly is actually 35, and GAA officials were stumped as to how someone that age could kick four points in a national football league final.

Munnelly had drawn attention to himself with a sparkling display at headquarters, but at 35, it is felt he had no earthly business terrorising players ten years his junior in Croke Park.

Laois are likely to appeal the decision, and may point to the fact Munnelly still looks like he's studying for his Leaving Cert.