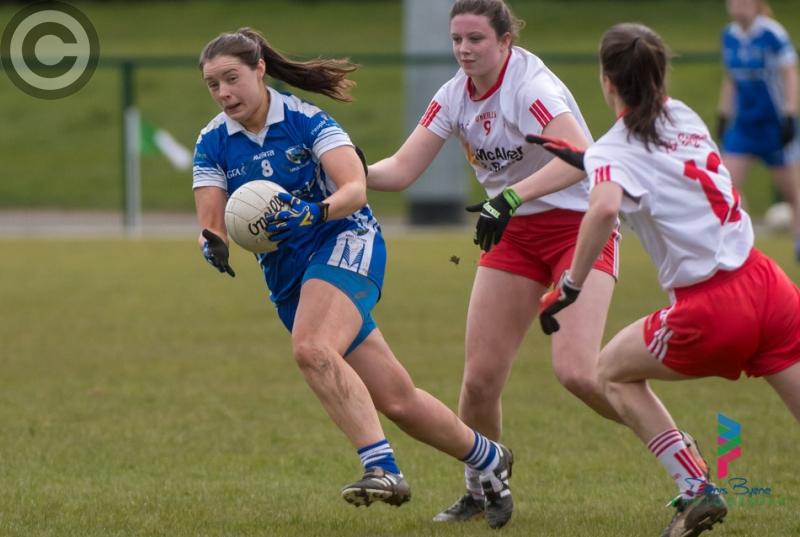 Kevin Doogue's side were left to rue a host of missed goal chances in the first half, as they trailed by ten points at the interval despite playing some nice football and proving more than a match for Tyrone.

They finally found a clinical touch in the second half, as two quick-fire goals from Meaghan Dunne for them within three of Tyrone at 3-8 to 2-8, but the northern side were far too strong for Laois from there to the final whistle.

Tyrone couldn't have asked for a better start to the game, as they had a goal inside the opening minute. Grainne Rafferty's shot for a point hit the post and bounced down to the grateful Aine Canavan, and she fired home from close range.

Laois had a chance to reply in kind a couple of minutes later when Meghan Dunne was played through on goal, but her shot was well-saved by Shannon Lynch. Laois did open their account moments later, however, when Ciara Langton pointed.

Rafferty replied for Tyrone with a point, but Clare Conlon slotted over a free from 30 yards out a couple of minutes later. Conlon then added another from play, as the Laois forwards were creating space in the Tyrone defence and causing problems with their direct running.

However, they were dealt a huge blow a couple of minutes after Conlon's effort when Laura Marie Maher went down with a nasty looking injury while carrying the ball forward. The Sarsfields player was eventually stretchered off the field, and Doogue and his management team will be hoping the diagnosis is not as bad is appeared to be here.

When play resumed, Emma Jane Gervin pointed for Tyrone, and Laois then wasted another goal chance when Ciara Burke saw her effort saved by Lynch. Maria Canavan and Grainne Rafferty added further points for Tyrone before Laois saw another goal chance pass them by, as Erone Fitzpatrick missed the target from the edge of the area.

That was compounded moments later when the impressive Maria Canavan added Tyrone's second. Ciara Burke hit back for Laois with a good point on the turn from 30 yards out, but Tyrone his Laois with another sucker punch soon after.

Again Rafferty was involved, as he ball into the square was won by Maria Canavan, and she tapped home her second goal.

Erone Fitzpatrick got a point back for Laois, but two more points from Tyrone before half time had them ahead 3-6 to 0-5 at the interval.

Laois could only be frustrated at this stage, because they had played plenty of good football in the first half, but just lacked the killer instinct in front of goal.

They refused to throw in the towel though, and early points in the second half from Amy Potts and Ciara Langton restored a bit of belief. They started to run hard at the Tyrone defence once again, but this time allied that to crisp passing, and they opened up the visitors.

Meaghan Dunne rounded off a lovely move for their first goal in the 40th minute, and two minutes later Langton was hauled down in the area for a penalty. Dunne stepped up and drilled a shot into the bottom left corner, as Laois started to build momentum.

A lovely Clare Conlon point from a tight angle had Laois just a goal in arrears, 3-8 to 2-8, in the 46th minute. Unfortunately for the home side, however, that would be their last score.

Tyrone got their fourth goal through sub Niamh Hughes, and they picked off points whenever they needed the after that to run out deserving winners at the final whistle.