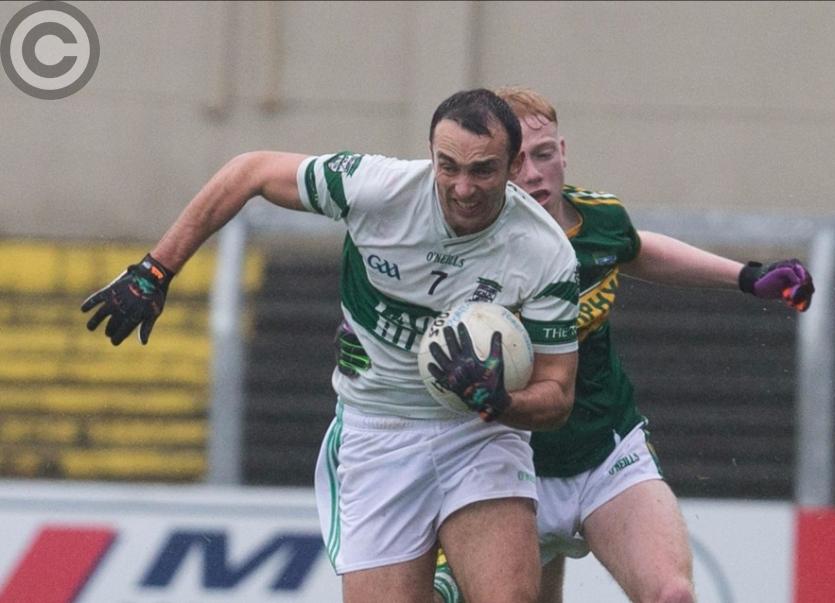 Portlaoise cantered to an impressive sixteen point win over Ballylinan this evening, in a rematch of last year's senior championship final.

Malachy McNulty's charges started strongly, and were 0-7 to 0-1 ahead after just fourteen minutes, with Ricky Maher kicking two of those scores for Portlaoise. Gary Walsh hit the sole reply for Ballylinan with a free.

Things got even better for Portlaoise after that when wing-back Chris Finn tucked a low shot into the corner, with another Walsh free the only response from Ballylinan.

Ronan McEvoy then added another goal for Portlaoise after a nice interchange of passes with Jason Maher, although a fine goal from Gary Walsh gave Ballylinan some reward before the break. Portlaoise lead at half time 2-9 to 1-3.

Gareth Dillon tapped over a free on the restart to stretch the Portlaoise lead, but then Ballylinan got a goal back in bizarre circumstances. Sub Brian McEvoy kicked a ball into the area from the right wing looking for a team mate, and as Graham Brody came out to make a routine catch, the ball skidded off the wet surface rather than bounce, and rolled into the back of the net.

Ballylinan didn't take advantage of that good fortune, as Portlaoise instead pulled well clear. Sub Paddy Downey got their third goal after being set up by Benny Carroll, and then Ronan McEvoy added another late on to see them to a comfortable win.

In the other ACFL Division 1 games tonight, O'Dempsey's had youngster Mark Barry to thank for a last-minute free to secure a 0-10 to 0-10 draw with The Heath. In a closely fought game, O'Dempsey's lead 0-6 to 0-5 at half time and went two up in the second half, but needed Barry's late intervention to earn a point.

In the other game, St Joseph's edged out Stradbally by two points in the local derby at Billy Delaney Park, the final score reading 0-11 to 0-9.