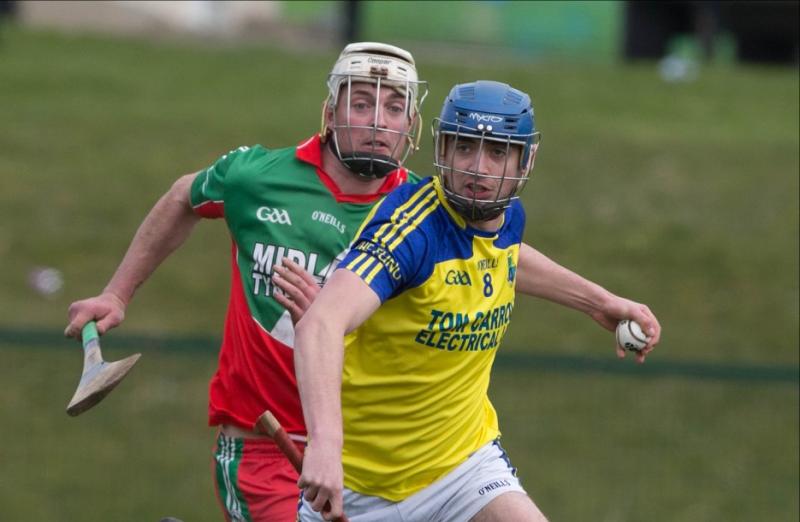 Abbeyleix were crowned Palmer Cup champions for the first time on Saturday evening when they overcame Shanahoe Gaels by seven points in Shanahoe.

This was the first time for Abbeyleix to ever win the Palmer Cup. Going into the game Abbeyleix knew a win or a draw would secure them the cup, while a loss would mean the cup would be going to Camross once again.

Abbeyleix didn’t have it easy, but the sending off of Daire McWey after 36 minutes aided a comfortable win in the end. This was a home game for Shanahoe who had a chance of finishing top of the table alongside Camross if they had won. Although, having lost to Camross in an earlier round this would mean the cup would go to Camross due to the head-to-head rule.

It was the home side who got the brighter start as with just three minutes played MJ Lalor split the posts. Abbeyleix did respond through sharpshooter Eoghan Fennelly but it was Shanahoe who fired over the next point from the stick of Darragh Cripps. After eight minutes it was Shanahoe who lead 0-5 to 0-3.

However, Abbeyleix then got to grips with the game as Steven Reilly handpassed to Colm Walsh to blast the ball into back of the Shanahoe net. Eoghan Fennelly, who was in serious form, followed up with a sideline cut and Aaron Carroll added another point.

After some hard work from the Shanahoe forwards at the other end, the ball broke for MJ Lalor who placed it past Alan Kelly in the goal.

The goals were all coming at once however, and it was Liam Delaney who responded on Abbeyleix’s next attack with a well taken goal. This left Abbeyleix leading 2-6 to 1-6 after 20 minutes. Abbeyleix followed up with further points through Jake Cranny and Liam Delaney. The half time score saw Abbeyleix lead 2-9 to 1-10.

With only a couple of minutes gone in the second half Fennelly added two more pointed frees to his tally. However, Shanahoe did not help their cause when Daire McWey received a straight red for pulling across Jake Cranny.

Darragh Cripps, who was working hard, did respond with a point and after 40 minutes it was just the goal separating the two sides 2-12 to 1-12.

Eoghan Fennelly added another point to his tally and after 54 minutes he ensured it was Abbeyleix who would win as he slotted another ball past Noel Concannon. Dayne Peacock followed up with another point before Tim Cass put over the final score of the game.