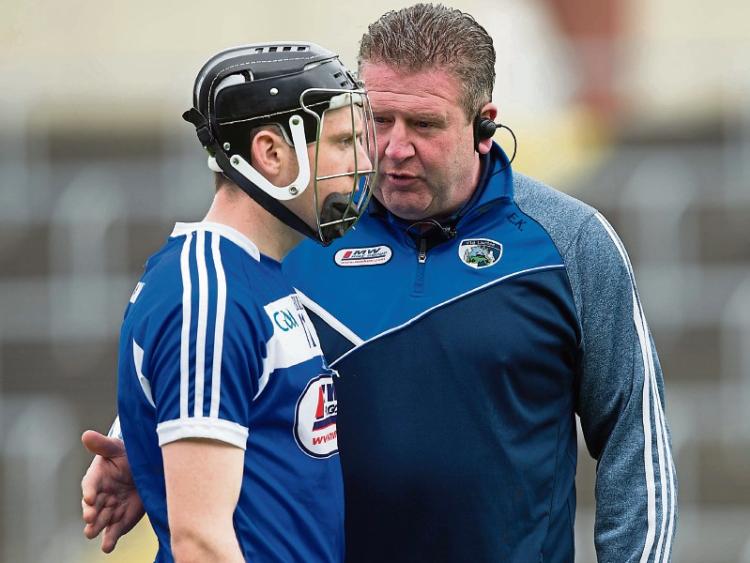 Laois senior hurling manager Eamonn Kelly was relieved to see his team get back to winning ways after what he described as his 'worst two weeks in hurling'.

The Kildangan club man saw Laois slump to consecutive defeats against Westmeath and Kerry to leave their Joe McDonagh Cup hopes in freefall, but they bounced back with a hard-fought win in Dunloy on Saturday.

Speaking after the game, Kelly admitted his delight at the players getting a reward after two bad weekends in a row. "It was my worst two weeks in hurling, to be honest. These fellas are very genuine, they are training very, very well but we just weren't getting the results, it wasn't transferring from the training field to the match, so I'm delighted for them today."

While the win was welcome, to say the least, Kelly knows it still leaves his team a long way from where they want to be. "I don't think it's a case of turning a corner, it gets us back in a winning formula.

"We hadn't won a game since we were up here the last time. We knew to beat Antrim twice was huge and to beat them a third time was going to be phenomenal, particularly when they were going well.

"Listen, it gets us back in a winning formula, we still need another win or two or we could be in relegation, other than that we're depending on other results, and that's the way it is at the minute."

Despite Laois' travails in the competition, Kelly is still a fan of the new Joe McDonagh Cup. "Yeah, I said that on a number of occasions, and I think it's a fantastic competition.

"Every game is competitive and you will see teams beating each other and it's an opportunity for whoever gets to the final to play on the big stage, and that's what these teams want. I think it is a very fair competition."