PREVIEW - Laois go in search of season-defining victory over Westmeath 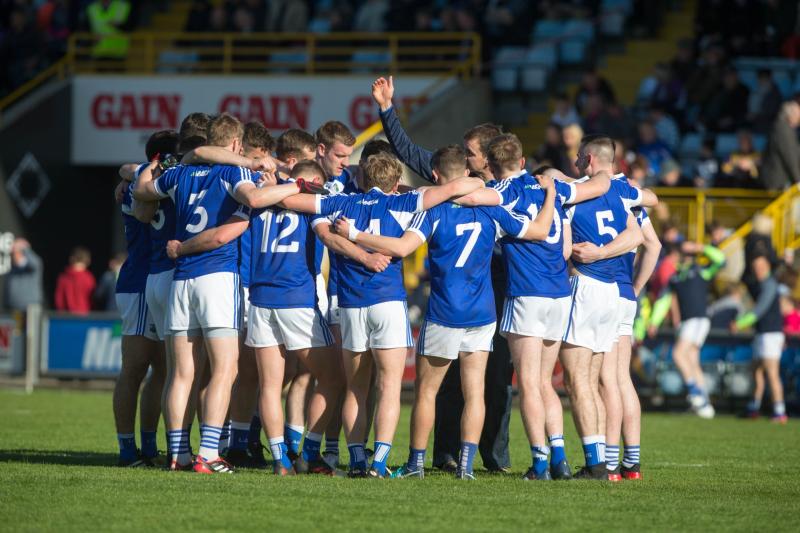 Laois will pit themselves against Westmeath this Saturday.

In a time of increased scrutiny, high stakes and unparalleled professionalism in Gaelic Football, the current ambition of the Laois senior footballers remains decidedly modest - they just want to win a match.

It is an aim which is simple in it's desire but difficult in its execution. The act of winning games has proved tricky for Laois in recent times, and that is what makes this weekend's game with Westmeath so significant.

As has been mentioned elsewhere, Laois haven't won back-to-back games in the Leinster SFC since 2007. In the era of the Qualifiers, maybe that shouldn't be that big a deal, but it does matter.

In reality, as long as there are provincial championships, your true merit as a team and county will rest on how you perform against your neighbours. Two wins in Leinster and a place in a provincial semi-final have much more value attached than a meandering run in the qualifers against teams on indeterminate motivation.

While this game is small-fry in the greater scheme of things, it is nonetheless important to Laois. From a long way out, manager John Sugrue has targeted this as the bellwether of Laois' season.

Speaking to us back in January, before the league started, he said. "From our point of view, your season will probably be defined by the 26th or 27th of May, if we win our first championship game and go on to play a second in Leinster."

We are programmed to think success in the GAA is inextricably linked to packed houses in Croke Park deep into the summer, but for county's in Laois' position, there is no shame in settling for smaller steps, if they can lead us to somewhere better.

A win this Saturday would be a fantastic thing for this Laois team, and Laois football. A first Leinster semi-final appearance since 2009 would offer a tangible sign of improvement, and part some of the clouds which have cast a shadow over the county for so long.

Standing in the way are a Westmeath team which represent the toughest challenge Laois have faced so far this year. Their recent pedigree in Leinster far outweighs that of Laois, and in John Heslin, they have one of the best footballers in the county, even if he is struggling with injury.

The win over Wexford was thrilling, but it showed us Laois in two extremes, which isn't a long-term model for development. They will have to harness their performances, and mindset, much better in order to produce consistent displays, and that is the major challenge facing them on Saturday.

In the first half against Wexford, Laois were passive, particularly in defence, where Wexford breezed through with all the time and space afforded to royalty on a state visit. Laois were creating chances at the other end, but they were poorly constructed and poorly finished, the sign of a team not properly engaged with the task at hand.

The tweaking of the team and focussing of their minds at half time facilitated a massive turnaround, but that second half must quickly become the baseline for Laois performances.

With the team already named (it is listed below), management have shuffled the pack. Finbarr Crowley comes in at wing back, and will bring a lot of enthusiasm and athletic ability to a position that needs a lot of both.

Paul Kingston and Benny Carroll come into the forward line for David Conway and Gary Walsh, with both of the former having impressed when introduced against Wexford. It's a testament to the renewed strength of the panel that players of the calibre of Conway and Walsh can be introduced on Saturday.

How Saturday goes will depend entirely on the Laois attitude. They have already had their scare, and already had their indicator of what they are capable of, so have two valuable experiences already in the bank. If they can pick up from where they left off, then another positive experience could be added to that bank account this Saturday night.