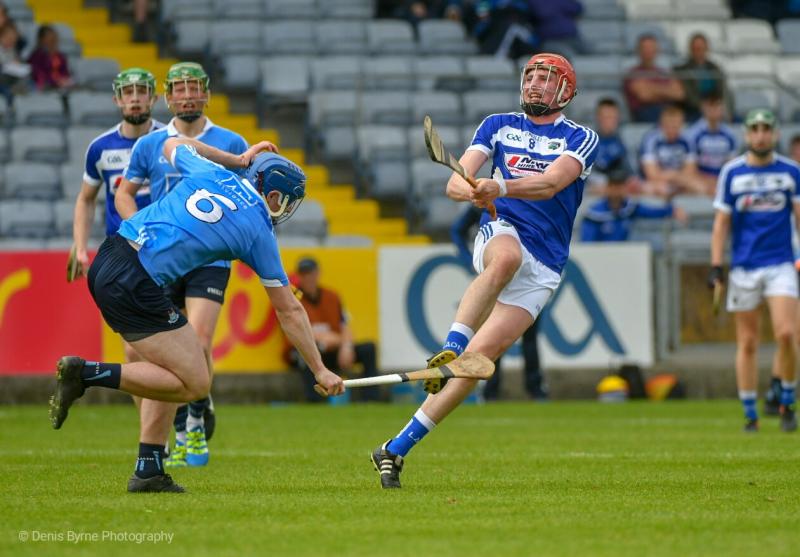 Laois lost out to Dublin in their Leinster U-21 HC opener, as the Dubs proved too strong in O'Moore Park on Saturday.

Dublin fired an early indicator of what they were capable of, as Sean Currie cut in from the right wing and placed a shot past Stephen Kelly in the opening minute. Laois were struggling with both the opposition and the conditions, and Dublin made the most of it.

Sean Currie added a point in the seventh minute, and for the next 15 minutes or so, it was all Dublin. Johnny McGuirk and Colin Currie (2) added further points, and with the few chances Laois were creating, their shooting was poor.

Brian Corby finally opened the Laois account after 13 minutes, but it failed to spark a comeback.

A Lee Gannon point in the 20th minute saw Dublin go 1-6 to 0-1 ahead, and with Laois unable to slow them down, a brilliant move from the visitors ended with Sean Currie's second goal.

A Colin Currie point put Dublin twelve ahead, and after that Laois finally started to show a bit of fight. Sean Downey and Ciaran Comerford (free) got back-to-back scores for the first time, before excellent work from Paddy McCane set up Jake Cranny for a goal.

Comerford tacked on a free, and at half time Laois were eight behind, 2-9 to 1-4.

The second half was a more evenly contested affair, with Laois making a bright start thanks to a point from Ciaran Comerford. Dublin then hit four of the next five points, with Ciaran Dowling coming to the fore, but Laois steadied the ship after that.

Ciaran Comerford chipped in with a couple of points and then Mark Kavanagh landed a lovely one from 45 yards out as Laois managed to get the gap back down to seven.

Unfortunately for Laois that was as good as it got, as they couldn't make any further unroads into the Dublin lead, and they then wrapped up the win when Sean Currie got his third goal in the closing stages, with an unfortunate own goal following for Laois soon after.