Laois to face Carlow for place in Leinster SFC final 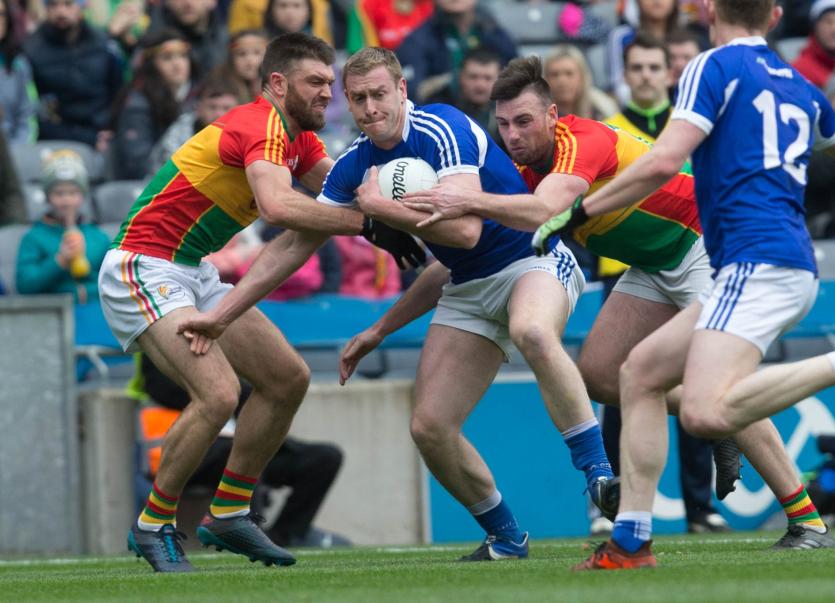 Laois senior footballers will meet Carlow in the Leinster SFC semi-finals on June 10, in what will be the third meeting of the sides this year.

Turlough O'Brien's charges stunned Kildare today by claiming a 2-14 to 1-10 win at O'Connor Park, and will now face Laois for a place in their first Leinster final since 1944.

Ten points from Paul Broderick and goals from Daniel St Ledger and Conor Lawlor saw Carlow to a first win over Kildare since the 1950s, and after losing to Laois in both the regular league phase, and the league final, will now be out for revenge.

The game will be played in Croke Park on Sunday, June 10 at 2pm. Tickets go on sale in the Laois GAA offices tomorrow (Monday).