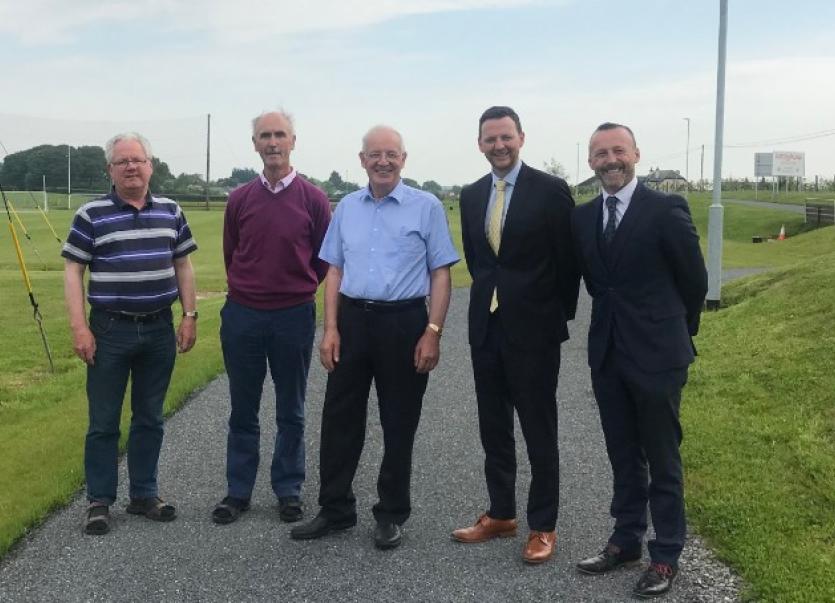 Offaly GAA have revealed details of a new partnership deal with the Laois and Offaly Education and Training Board (LOETB) which follows a similar investment in Laois GAA.

The two organisations released a joint statement on Monday, May 28, announcing details of the deal that will see LOETB named as sponsor of the Community Walkway and Training Rooms at the Faithful Fields for a 10-year term. Bord na Móna remains the title sponsor of the facility.

This new agreement will see LOETB provide a financial contribution of €18,000 and a range of education and training supports for development squad players and inter-county players at the Training Centre. It is similar to a deal struck between the LOETB and Laois GAA earlier this year.

The three year €45,000 Laois deal will see LOETB provide a range of training and education supports to Laois players in both development squads and intercounty players at the Centre of Excellence which is under construction at O'Moore Park, Portlaoise.

The agreement, the first of its kind, will see LOETB provide a range of education and training supports for development squad players and inter-county players at the Centre of Excellence.

LOETB Chief Executive Joe Cunningham said this relationship will allow Offaly GAA to deliver on its social contribution to the community and provide LOETB with an opportunity to raise the public awareness of our organisation and the programmes and services we provide. Mr Cunningham believes there is a natural fit between the two organisations.

“Offaly GAA has a club in every community in the county and LOETB, through its network of schools, centres, and community education services, also serves the people of Offaly from the cradle to the grave. There has been significant change in our sector in recent years and the agreement with Offaly GAA allows us to bring a positive message of the benefits of education and training to the widest possible audience,” he said.

LOETB is a statutory provider of education and training to over 16,ooo students in nine post-primary schools and twelve Further Education and Training Centres across Laois and Offaly.