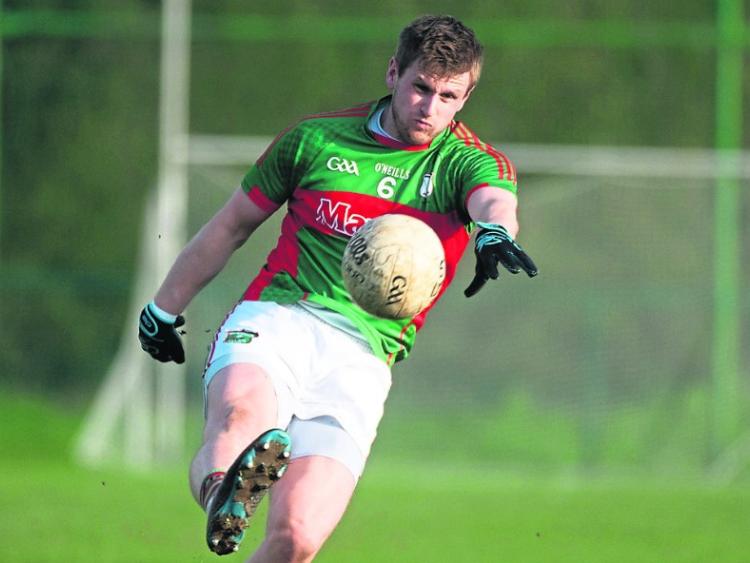 When we consider a player preparing for a huge championship game, we often think of them diligently training away with the group, and keeping their heads down outside of that.

They'll keep to themselves, visualize how they want the game to go, and above all else, avoid interacting with the opposition.

Try do all that if you're Mark Timmons! The Graiguecullen stalwart is right in the thick of things with Laois' opponents this Sunday, and with a smile spreading across his face, he admitted these games between Laois and Carlow are massive, regardless of the circumstances which surround them.

"For a Graigue lad, the games against Carlow are always very big regardless of how both teams are doing.

“The situation down there is unique because we are so close to the town. We have played them seven or eight times throughout my career and they are always big games. This year, these two teams seem to be on a collision course all year and it is unusual to play a team three times.

"I've got it from my neighbours so I'm trying to stay inside the house - even though it is hard to do that in 25 degrees!

"I was out playing with my children in the garden and two of my neighbours that would be Eire Óg footballers stopped off to have a chat, so the banter has been good," he said.

Living down in Graiguecullen has also given him a front row seat to the rise in profile of Carlow football, and he admits it is reminiscent of the Laois breakthrough during Mick O'Dwyer's tenure.

“I've probably seen first hand the rejuvenation down there around the town. You see all the flags, the bunting, the kids going around in Carlow jerseys and you see what a positive effect that has had.

"It is kind of similar to 2003 when Laois were on the crest of a wave and Croke Park was nearly full of blue and white. So anytime you were driving up from Graigue, there were flags everywhere.

"So Carlow are probably going through the same model that we went through back then. So it is positive for them and the two games we would have played against them, we know they are a very good team.

"They are very efficient at what they do. In championship, they have also got to test themselves against teams from Division 1 and Division 2. So they are very primed, and they are well placed as a team.

"Winning breathes confidence and that is what they have. They are in a Leinster semi final and the last time they were there was 2012 - so they have actually more recent experience of a semi final than we do. It was 2009 when we were in one last," he said.

Timmons himself has been through the ringer in terms of injuries, but he has shown remarkable will to keep coming back from those setbacks, and he is enjoying his football once more.

“"It is nice to get a run back in the team. It is well documented that I had double hip surgery last year so that was an incredibly frustrating time.

"I missed the whole league and only got in for the last two rounds of the championship. So it has been nice to get back into pre-season this year and have a run at it. I picked up a silly injury in the O'Byrne Cup which cost me a few league games but since I got back in, I've been fit, healthy and raring to go. It is nice to get a run of games, especially when the team is going well," he said.