Laois will carry favouritism into Leinster GAA semi-final against Carlow

Bookies make their predictions ahead of Croke Park double bill 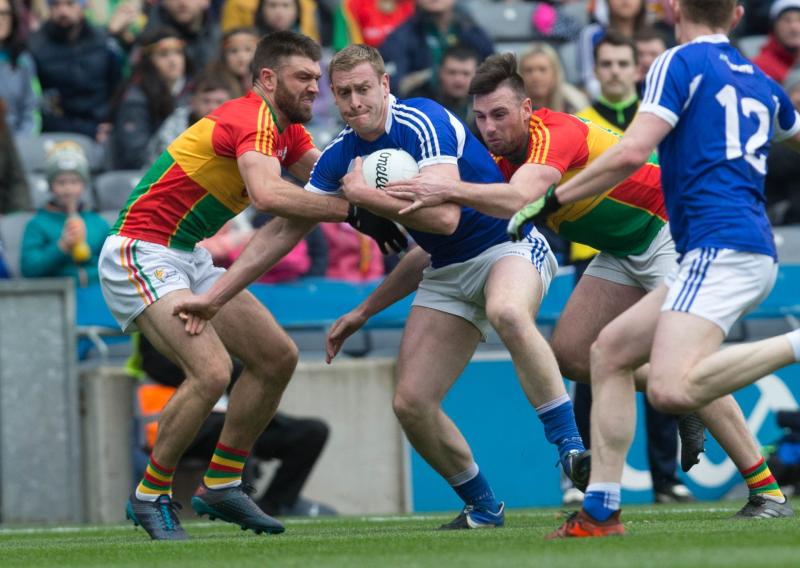 Laois are set to go into the Leinster Senior Gaelic Football Championship semi-final at Croke Park with the heavy tag of favourtism.

Laois play Carlow in a double header at GAA HQ on Sunday, June 10. A great atmosphere is in store for all who travel with Dublin taking on Longford in the second of two novel semi-final pairings.

Boyle Sports say the Laois Carlow game is expected to be a close affair with the O’Moore county men claiming favouritism at 8/13. The Barrowsiders, who go into the clash off the back of an impressive 2-14 to 1-10 quarterfinal win over Kildare available at 13/8.

Aoife Heffron, Spokesperson for BoyleSports commented: “Laois have the slight upper hand over Carlow ahead of their Leinster SFC semi-final in Croker, as the takeover favouritism at 8/13. However punters have been latching onto Carlow’s 13/8 odds and we suspect their fantastic display against Kildare in the quarter finals has played a hand in their decision to get behind them.”

Apart from being neighbouring counties the teams are regular opponents in hurling and football. Carlow knocked Laois out of the Joe McDonagh Cup after a 10 point beating in O'Moore Park last weekend.

In football, Laois have defeated Carlow twice in the Allianz football league this year. The last a Croke Park encounter when Laois came out on top in the Division 4 league final.

Carlow will be out to get revenge especially aftere taking out Kildare in the quarter-final.

The odds suggest a straight forward semi-final and easy walk to the finals for Dublin as they see odds of 1/500 to claim a win against Longford, who are 25/1 outsiders to cause upset for the 56 time title holders.