Game at a Glance: Laois draw with Carlow in Leinster MFC Round 3 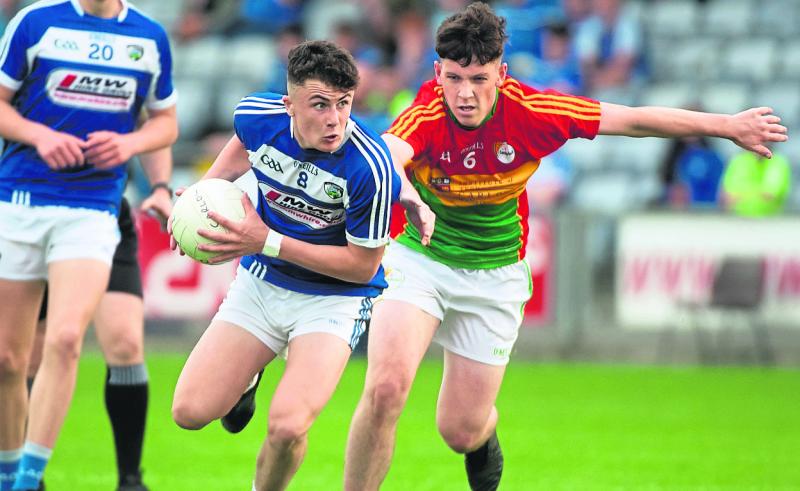 Josh Lacey, Laois on the attack in their Leinster M.F.C clash with Carlow Photo Denis Byrne

Game at a Glance: Laois draw with Carlow in Leinster MFC Round 3

Main Man
On an evening where there were few standout performances, Ballyroan Abbey’s Ciaran Byrne was consistent throughout. Worked through a lot of ball and was clever in possession, anchored the full-back line well against a defensive setup.

Talking Point
Carlow came under a lot of criticism in the last week for their heavy opening game defeat to Kildare having registered a mere two points in the hour. They managed ten this time out, and very nearly escaped O’Moore Park with a win.

Turning Point
Sean Michael Corcoran’s late frees, the second of which was the last kick of the game right out on the sideline, salvaged a draw for Donnacha Phelan’s men.

Lowlight
An accidental clash of heads between Laois captain and full-forward, Sean O’Neill, and Carlow’s Jonah Dunne prematurely ended both’s evening after eighteen minutes. A speedy recovery to both.