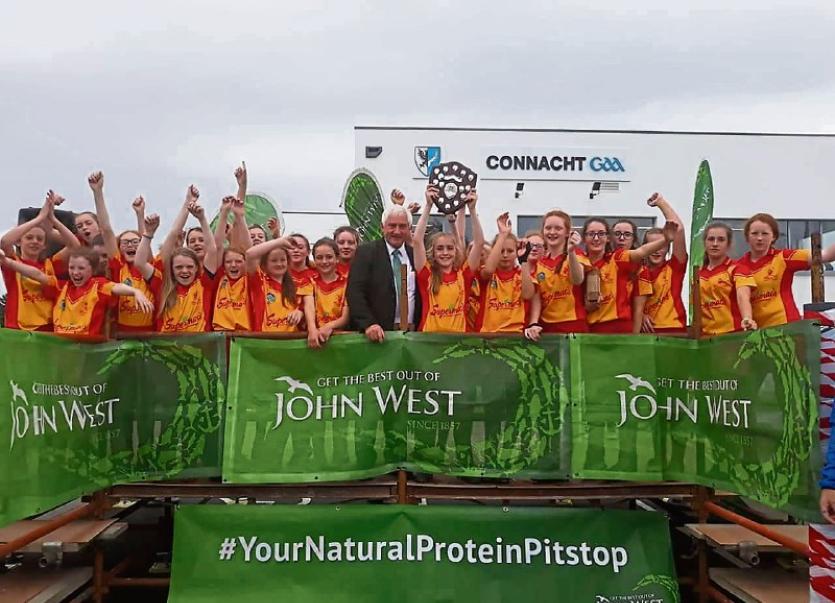 Laois Camogie is on a high this week after both the county's representatives came home with national titles from the 2018 Féile na nGael.

The Harps won every game on their way to winning the Division 2 Cup Final while O'Moore's lost once in the group stages but bounced back brilliantly to win the Division 4 Cup Final.

The Harps started their Feile campaign Friday evening against Killimor and came out convincing winners on a score line of 8-4 t0 0-1.

Next up was neighbours Roscrea where The Harps kept them to a single point to 5-5. Lucy O’Connor was at the helm of the scoring for The Harps.

Saturday morning started off with The Harps beating Ahascragh by 1-3 to 0-2 in a slightly tougher game from the earlier rounds. This put The Harps through to meet Killimordaly in the Quarter Final where they came out victorious on a score line 3-6 to 0-1.

This was some achievement for The Harps to reach the semi final where they came up against Kinrava on a bright Sunday morning. In a thrilling game where goals were coming from both teams, the Harps came out on top 6-3 to 3-0.

All that stood in the way of been crowned Feile Champions was St Vincents Dublin. Both teams were evenly matched and withthree goals from The Harps girls to two points from the Dublin side, The Harps were crowned Division 3 winners. 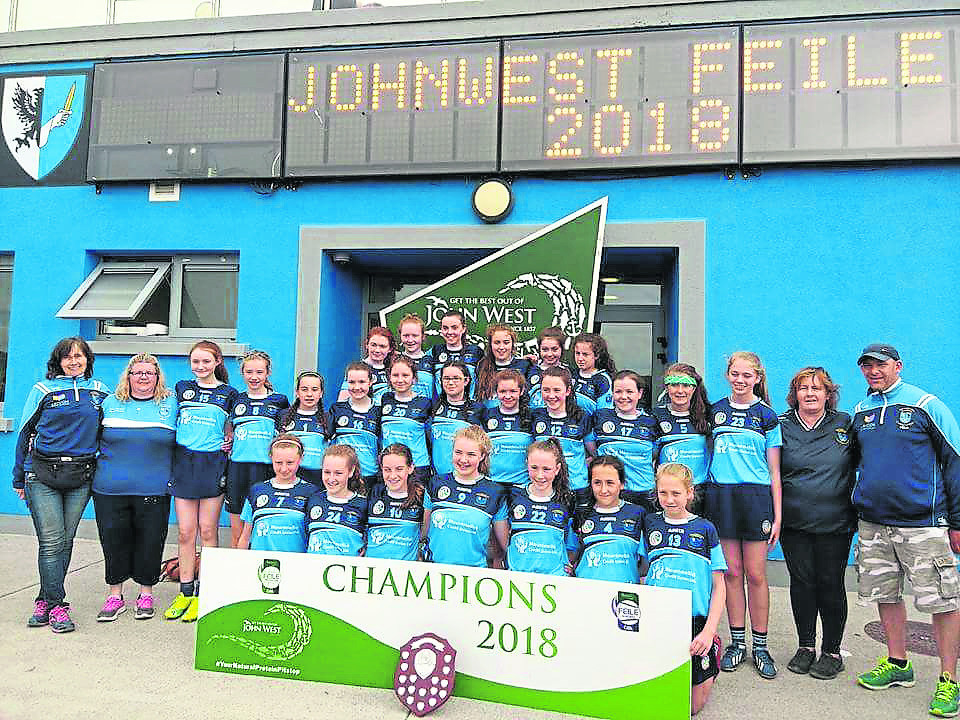 O’Moores started their campaign on Friday evening against Crusheen in a well-balanced game where they came out winners 3-6 to 2-2. Next up they took on St Ryanagh’s from Offaly and they came out on top winning 0-5 to 0-2 in a close match where scores were hard to come by.

Saturday started off against a strong Portuma team and O’Moores lost out on a score line 3-0 to 1-2. A quarter final beckoned against Ballinasloe where O’Moores clinched a well-deserved victory 2-3 to 1-1.

A semi-final against Castle Dawson was the only thing in the way of the O’Moores reaching a Cup Final. In a tough contest between the two sides O’Moores came out 1-2 to 0-1 winners.

On the hurling front, Castletown-Slieve Bloom came through a very tough Group in Division 2 with two wins and one defeat before losing out to a very strong Ballinascreen side in the quarter-final.

Ballinakill stormed through their group in Division 4 and then accounted for Ballinakill from Westmeath in the quarter-final. Unfortunately for the Laois lads, they came up against, and lost out to, a very strong CRC Gaels sidefrom Offaly in the semi-final. The Offaly side went on to win the Division 4 Cup.

A similar fate befell Na Fianna, an amalgamation of, Mountmellick and Ballyfin, in Division 7 as they fell to Offaly opposition at the semi-final stage.

After winning one and losing one in the group, Na Fianna proved far too strong for Kilimor in the quarter-final. That set up a semi-final against the combination of Clara and Brosna Gaels from Offaly, a side that pulls has a pick from five different clubs. The Offaly side prevailed in the semi-final and went on to win the Division 7 Cup Final.