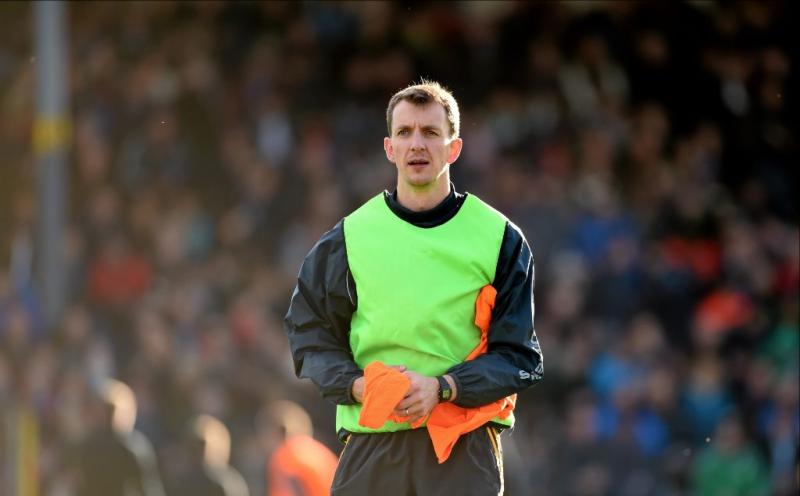 There will be Laois fans from all over the country heading for Croke Park this Sunday, climbing into cars, buses and trains to cheer on the county in the showpiece game of the Leinster Championship.

While all those Laois fans are doing that, a group of proud Kerry men and women will do likewise, assembling in the southwest tip of Ireland before making the long journey to Dublin.

They will be representing Renard GAA, the home club of Laois manager John Sugrue. It's around a four and half hour drive (if traffic isn't too bad), but they'll gladly make the long trip because they respect and admire everything he has given to the club over the years. Now, they want to see him guide his adopted county to an unlikely provincial title.

One of those travelling will be club chairman Kevin Kelly, who outlines the high regard in which Sugrue is still held in his home club. "John is a very popular fella down here, he was the heart and soul of our club for many years.

John is a very popular fella down here, he was the heart and soul of our club for many years.

"He showed massive loyalty to us, and trained South Kerry to win a county senior championship, which was probably unexpected at the time. He is highly thought of down here."

Renard is situated just off the Ring of Kerry, about an hour from Killarney, a tiny outpost between Waterville and Cahersiveen, and a launching point to Valentia Island. In footballing terms then, they are situated between Mick O'Dwyer, Maurice Fitzgerald and Mick O'Connell.

The area is a font of footballing legends, where the game is worshipped and the local GAA field is at the heartbeat of the community.

It is an area which clearly makes its mark on those who are brought up there. As well as John Sugrue's years of service travelling up and down to play, and then train, with South Kerry, his younger brother Mark is now based in Dublin, but still gets home to play with the club.

That development lead to recognition at county level, and he was midfield on the Kerry team which lost to Laois in the All-Ireland minor final of 1996. He was still minor in 1997, and won another Munster championship in a side which also contained Tadhg and Noel Kennelly as well as Paul Galvin.

He progressed to play U-21 with Kerry, again suffering All-Ireland final heartbreak in 1999, this time to Westmeath. The breakthrough never came at senior level though, where Kerry were incredibly well stocked in the middle of the field. "He was definitely regarded as one of the best club players in Kerry at the time" admits Kelly. "He was very, very good."

After winning Kerry SFC titles as a player and manager, he transferred up to Park-Ratheniska for the last few years of his career. Renard were disappointed to lose him, but could only wish him well after the years of loyal service. "We were sorry to see him go, we had a young team at the time, but you can understand, he had a young family and business as well, it's not easy."

While he may have transferred out of the club, the ties to the area are still strong. Kelly reckons he visits around twenty times a year, and he is always available to help out in any way he can. "Even to this day, if we have a fella injured, we would ring John" says Kelly. "He would know what to do or who to go to, we send him scans as well, so he's still involved with us."

Even to this day, if we have a fella injured, we would ring John

His development as a manager surprised no one in Renard either, and they'll be hoping for the best this Sunday. "John is a real leader, and he's a pure gentleman as well" said Kelly. "Dublin are a serious team, but one never knows. He'll be looking for a performance first of all. We'll wish him all our best, there's a few of us going to the game, myself included.

"Our club colours are blue and white, so it'll be easy to fit in!"

They won't be the only Renard natives to have seamlessly fitted in with Laois this year.