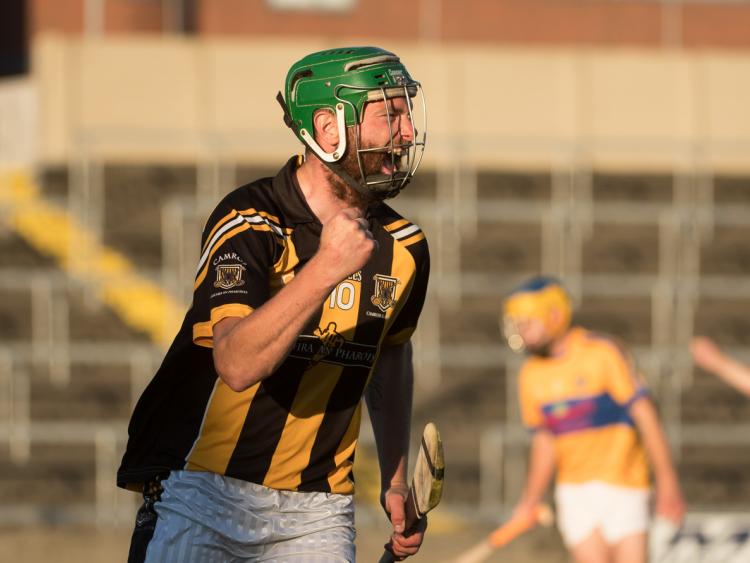 The ACHL Divison 1 semi-final play off was decided on Monday evening in Mountrath GAA with the prize for the winners a spot in the final against Rathdowney-Errill.

This game was a repeat of the final round of games, after the sides could not be separated last week. Both sides missed key players as Willie Hyland carried a red card from last week while Tom Delaney and Darren Maher have long-term injuries. Camross were without their centre back Gearoid Burke due to a broken finger.

Camross were in control in the opening quarter of the game as Zane Kennan blasted home a goal from a free after 12 minutes. Tim Delaney and Sean Corby points in the opening few minutes didn’t match Camross, who had 1-3 on the board thanks to Zane Kennan frees. The score after 15 minutes saw Camross lead 1-3 to 0-2.

Jordan Walshe then put over a well taken free for Ballacolla before it was cancelled out by a point from Dean Delaney at the other end of the field.

However, it was Clough-Ballacolla who then began to take control just before the break as Jordan Walshe put over two frees while Aidan Corby also found the target. Walsh and Keenan then exchanged frees for their sides as Ballacolla started to take on the Camross defence.

Clough-Ballacolla continued their good form in the opening quarter of the second half as Lee Cleere and Sean Corby were on target. Ballacolla then introduced Picky Maher into the play , and he did not take long to make his mark on the game.

He caught a high ball over the Camross defence and then sent the ball over from out on the sideline. It looked like it was going to be Ballacolla’s evening but all credit goes to Camross, who never gave up on the challenge as Keenan continued his accurate shooting on the frees and finished with 1-11 to his name.

Niall Holmes and Eoin Gaughan also found the target as Camross began to take the lead. Ballacolla couldn’t keep up their hard work from the first half as they continued to give away frees while Keenan continued to punish them.

The final score in Mountrath on a glorious summer’s evening saw Camross win out by five points on a scoreline of 1-16 to 1-11.